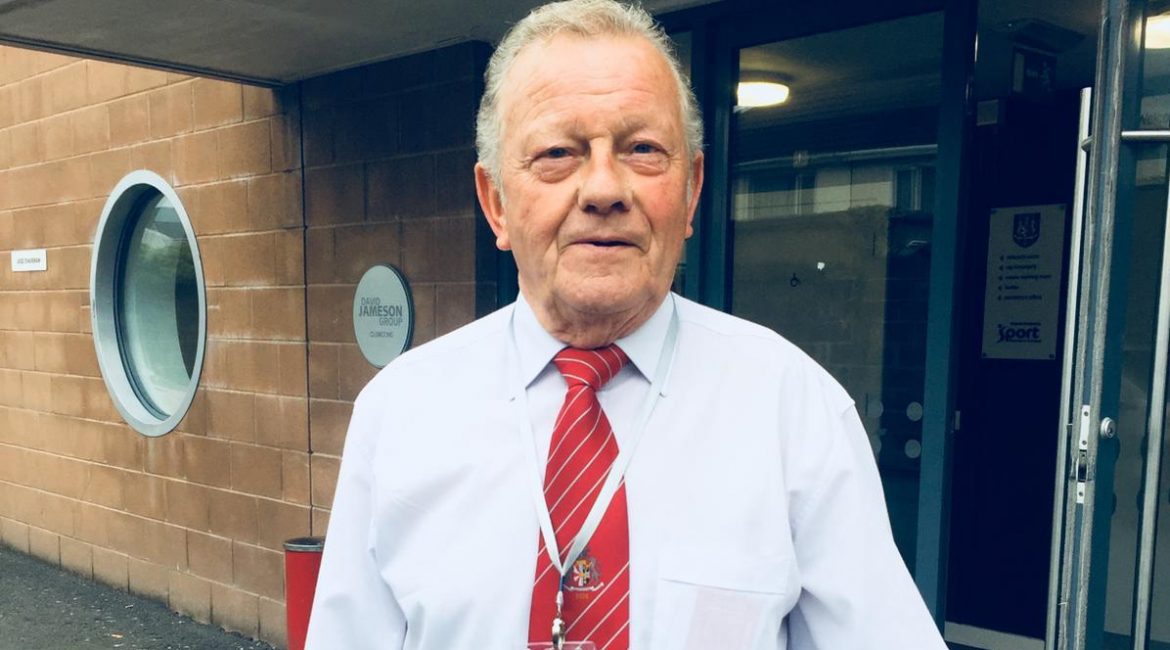 On the 27th November 2020 Portadown Football Club were deeply saddened to learn of the passing of Nat Richardson, a legendary figure and familiar face to everyone around Shamrock Park.

All too often the term ‘legend’ is thrown around freely, but Nat with over 70 years of service to the club was fully deserving of that title. He was a quiet, unassuming gentleman with nothing ever being any trouble to him. Generations of fans, visiting players and officials were greeted at Shamrock Park by his smiling face and bubbly personality and it was no surprise that an abundance of tributes have been paid to Nat from far and wide.

Nat’s connections to Portadown FC go back as far as 1949 when Nat along with his friend would go together to watch Portadown train every Tuesday and Thursday and at the age of 10 and they were hooked, in fact when Nat turned eleven he was entrusted with carrying the half time sandwich board complete with the winning half time number around Shamrock Park during matches.

There wasn’t much to do in those days so football gave everyone an interest with around 4,000 people going every week, Portadown had just returned to senior football after the Second World War with Nat hooked and never far away from the club. In fact Nat would tell the story of how he would catch a lift with goalkeeper Ted McNeill as he got the bus after training with Ted getting Nat onto the bus and persuading the bus conductor not to charge him. 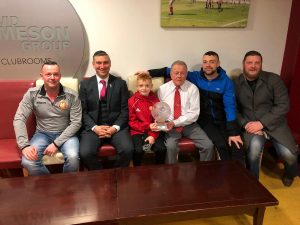 Earlier this year Nat recalled his earliest memory of a match being Portadown coming up against Crusaders. In the late 40’s Crusaders were a new team in Irish League and for Nat, being in a big crowd was an amazing experience, something new at such a young age and he remembered seeing the players playing and always went to watch them in training.

Whilst Portadown FC was his first love back in the late 1940’s, he also followed the fortunes of Bolton Wanderers.

In the mid-50s Nat went to play football himself around the town in Mid Ulster and the Summer Leagues before beginning to work on the turnstiles at Shamrock Park in 1964. In fact over the years Nat could have been found at Shamrock Park regularly helping out where he could, may it be painting, running errands or helping out in the club rooms, whatever the job you could be sure that Nat would be there helping out.

Nat followed the Ports through thick and thin and could often be found proudly recalling that first title win in 1989/90 however the standout moment for him was the 1991 Irish Cup final when Portadown beat Glenavon 2-1 to achieve an historic first ever double. He would enthusiastically describe the massive crowd, the colour of the occasion and the build-up to the game with captain Brian Strain lifting the Irish Cup aloft as the best feeling he ever had watching Ports.

In 2013, Portadown FC bestowed honorary life membership on Nat for his non-stop and selfless devotion to the club and in 2018 was chosen as the perfect man to induct players into the newly Portadown FC Hall of Fame. 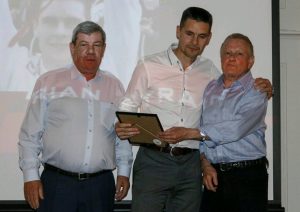 In recent years, Nat was front of house, meeting and greeting players, officials and guests as they arrived at Shamrock Park. In the boardroom, he worked tirelessly serving teas, coffees and drinks to guests on match days.

It was fitting on Monday as Nat made his final journey past Shamrock Park with a red and white scarf draped over his coffin that supporters, directors as well as players & staff from the past & present including Philip Major, Gregg Davidson, Bob Nesbitt, club captain Luke Wilson and George Tipon along with current manager Matthew Tipton were on hand to bid a sad farewell to Nat and give him a rapturous round of applause for his service, dedication and love to his hometown club.

On Saturday against Cliftonville, which would have been Nat’s 82nd birthday, Portadown players wore t-shirts honouring Nat during the minutes silence, again showing just how much Nat meant to and was thought of by all at the club.

For many of us match days at Shamrock Park will never be the same again, we all will miss Nat and send or sincere condolences to his wife Jean, sons Steven and Paul and all the family circle.