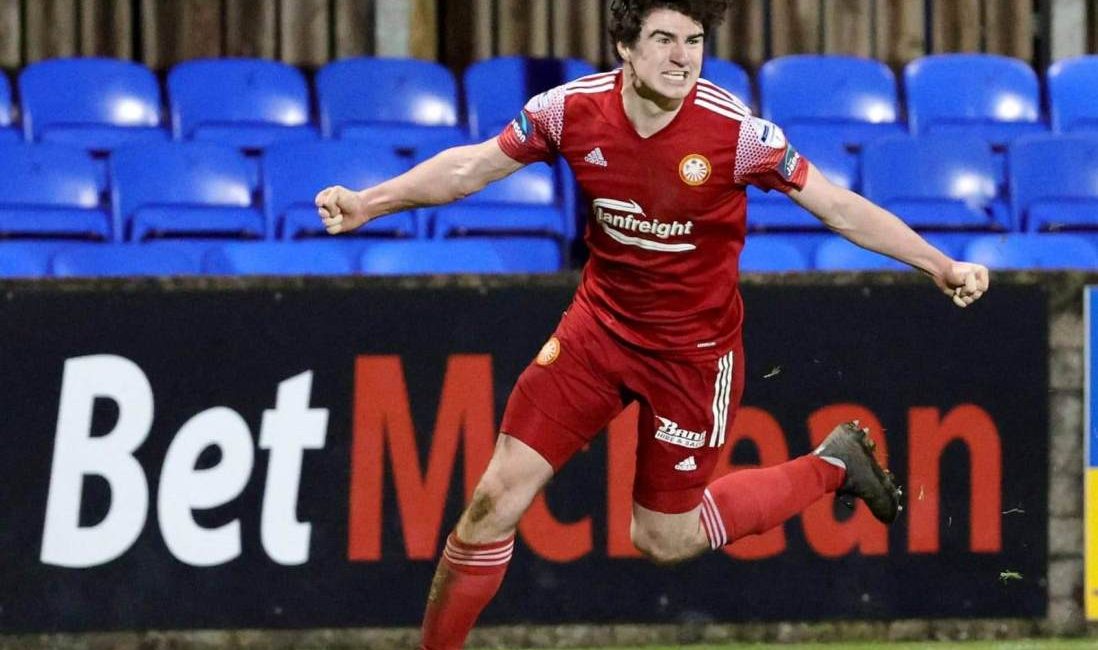 Portadown sealed an impressive 3-0 win away to Dungannon Swifts on Tuesday night with goals coming from Stephen Teggart, Adam McCallum and Barney McKeown.

In what was a tight first half that saw few chances, the first real opportunity came on 22 minutes for the hosts when a long range effort from Kris Lowe was spilled by Ports keeper Ben Pierce who subsequently gathered the ball before Daniel Hughes could get an opportunity.

Stephen Teggart also had an opportunity after being found with a pass from Lee Bonis, turning and hitting a shot just over the post.

On the brink of half time the Ports opened the scoring through midfielder Stephen Teggarts corner going directly into the back the net.

At the start of the second half the Ports had an opportunity early on when a first time effort from Lee Bonis went wide of the post.

The Ports doubled their lead on the 49th minute when, following a Luke Wilson header coming off the post, Adam McCallum fired in an effort from close range.

The Swifts had an opportunity to reduce their deficit from the penalty spot through a foul on Rhyss Campbell, however Ben Pierce denied Michael Carvill from the resulting penalty diving to his right to make the save in what ended up potentially a crucial moment in deciding the course of the game.

Chris Lavery broke through with a chance to make it three following a great ball from Adam Salley, however Lavery’s effort was straight at the keeper.

From a free kick at the edge of the box Ben Pierce had to be alert to tip a curling Daniel Hughes free kick onto the post.

In the last 5 minutes Ports midfielder Barney McKeown added a third when following Stephen Teggart receiving the ball and finding McKeown whose cool effort found the bottom right hand corner of the net to seal all three points for the men in red at Stangmore Park.

Our next game is this Saturday 12th December away to Crusaders at Seaview with a 3pm Kick Off.