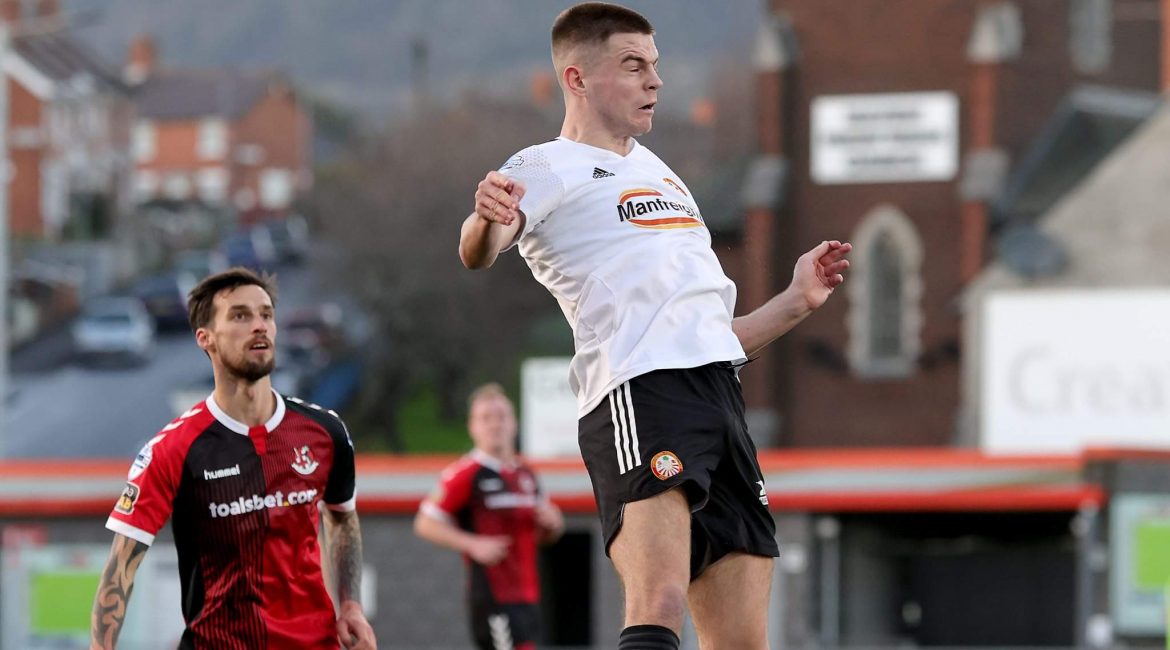 Portadown fell to a 5-0 defeat against Crusaders in what was a tough afternoon at Seaview.

The hosts piled heavy pressure in the early minutes, scoring from a left post Jordan Owens header following a cross from Jordan Forsythe on the 6th minute.

Ports midfielder Stephen Teggart had an effort saved by Gerard Doherty and the ball in the net from the rebound however the goal was ruled out for offside.

Paul Heatley made it 2-0 on the 18th minute after meeting Ben Pierce for a ball at the edge of the box, sending a lob into the empty net.

Jordan Owens had an opportunity to double his tally heading a ball from Ross Clarke off the post.

Adam Lecky found space in the box to head in a Ross Clarke cross to make it 3-0 to the hosts on the stroke of half time.

Early in the second half former Ports midfielder Philip Lowry got on the scoresheet, heading past Ben Pierce following a Paul Heatley cross to make it 4-0.

Chris Lavery had an opportunity to pull a goal back when he dispossessed the Crusaders defence however sent his effort well wide.

Adam Lecky was denied by Ben Pierce from close range following a good run however Philip Lowry tapped in the rebound to make it five.

In quite a flat last twenty minutes Crusaders striker Ben Kennedy had a chance to make it six, sending a left footed shot over the bar.

The next scheduled fixture for the Ports is this Saturday 19th December vs Larne at Shamrock Park with a 3pm Kick Off.