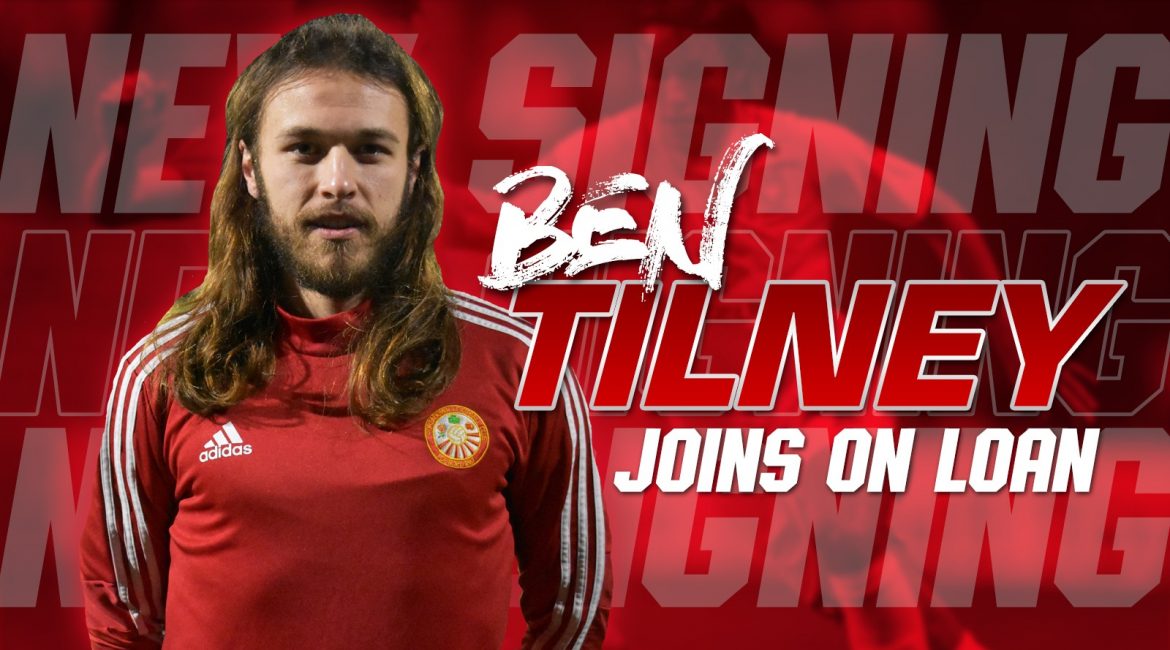 Portadown Football Club is pleased to announce the signing of left sided defender Ben Tilney on a loan deal from Larne for the remainder of the 2020/21 season.

23 year old Luton native Tilney began his career with English League One side MK Dons, where he graduated from their academy to make his debut for Karl Robinson’s side in a League Cup tie away to Newport County, scoring a 25 yarder in a 3-1 win. He went on to make his league debut for the club in 2017 in a 0-0 draw with Bury and later that year signed a contract extension to remain at Stadium MK.

Ben enjoyed loan moves to Histon and Brackley Town before being recalled by MK Dons and enjoying a run in the first team before leaving at the end of his contract in 2018 to join Larne where he would be part of their Championship winning side in 2018/19 earning himself a place in the NIFL Championship team of the year.

We’re always actively looking and we looked at the policy of what we were bringing in and the style of play we want and we targeted Ben. Earlier on in the month when we were looking about Tiernan called me about something else and Ben’s name came up in the conversation and I couldn’t honestly wait to get the deal done once we got the go ahead.

I think Ben is technically very good, he’s energetic, he has bundles of ability and was unlucky he lost his place in the Larne team due to injury and now with Larne being on a good run.

A player of Ben’s ability we can’t leave on the shelf for someone else to take, I think he’s a massive addition for us and a sign of what I want to do going forward with us as a team and a club. I don’t think there’s a better wing back in the country than Ben and while Chris Lavery has done brilliant there we know Chris is predominantly a forward player.

I met Ben and spoke football with him for probably an hour and fifteen minutes and he was a breath of fresh air, his ideas are matched with what I was thinking and how I want to do things.

Tilney will wear the shirt number 44 at Portadown.
Share