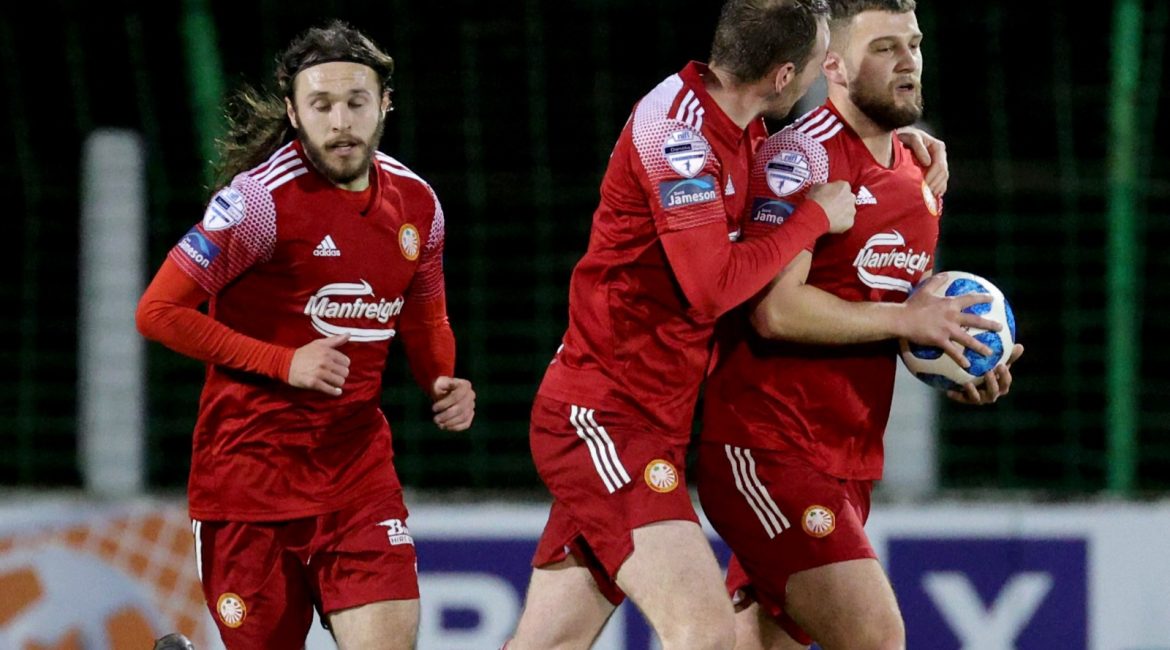 Despite a late Adam Salley goal Glentoran scooped all three points this afternoon at the Oval.

In what was very much a dominant first half from Glentoran the hosts took the lead on the seventh minute mark when Paddy McClean headed a Plum free kick into the bottom corner of the net.

Five minutes later the home side doubled their lead, this time the rebound from a tight angled Hrvoje Plum effort found Jay Donnelly who slotted the ball into the back of the net.

Ben Pierce had to be alert to parry an approx 20 yard effort from Croatian midfielder Plum with Ports defender Adam McCallum then having to clear the ball following a scramble.

Ports striker Stephen Murray had an opportunity to pull a goal back when he got on the end of a Lee Bonis header however sent his effort well wide of Rory Browns post.

In the second half Jay Donnelly found a bit of space in the box however could only send his effort wide of the post.

Stephen Murray had a real opportunity to reduce the deficit when he found himself unmarked at the far post sending a header well wide.

Danger man Plum had a header from close deflect off Rhys Marshall and subsequently easily collected by Ben Pierce in the Portadown goal.

Robbie McDaid managed to break through one on one with the keeper and had a penalty appeal waved away by Tim Marshall after going down in the box.

Gregg Hall down the right hand side had an angled effort go over the bar as the Ports turned up the pressure later into the second half.

On the 81st minute Adam Salley opened his account for the season hitting an effort into the roof of the net from close range following a corner.

Following heavy Portadown pressure in the dying minutes Robbie McDaid broke through on the counter attack one on one with Pierce who did well to save.

Our next scheduled fixture is next Saturday 9th January at home to Glenavon with a 3:00pm kick off.