Finnegan: “you have to dig deep and perform every week” 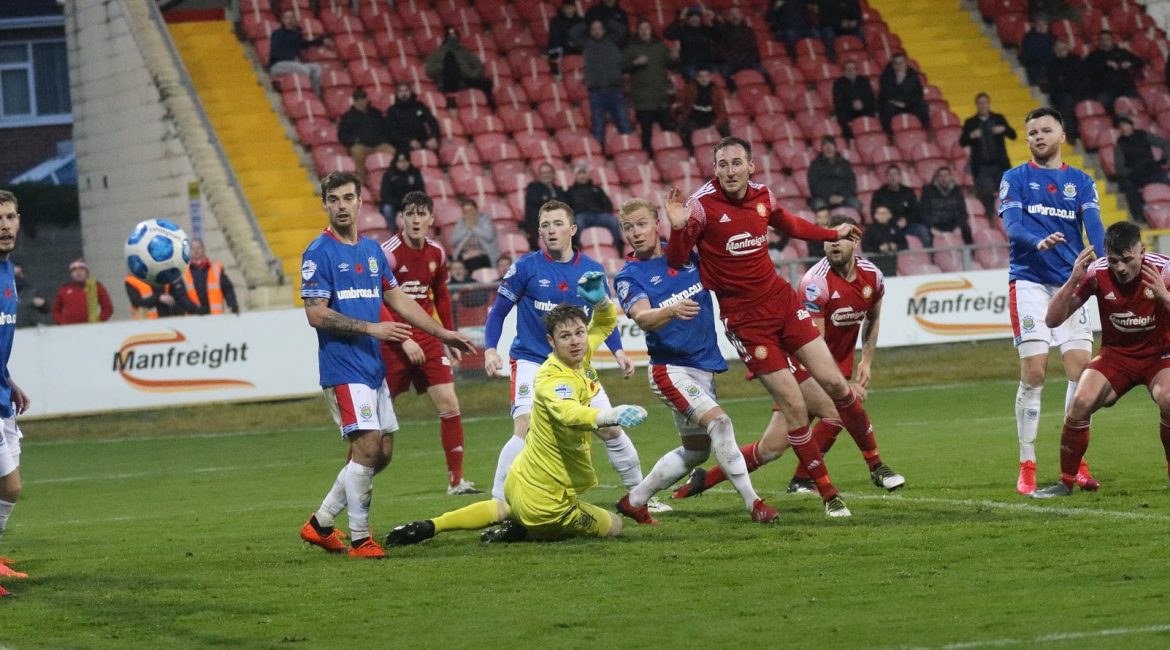 portadownfc.co.uk caught up with Portadown defender Paul Finnegan to ask a few questions about the season so far and looking forward to this weekends Mid Ulster Derby clash v Glenavon.

Paul, Happy New Year to you from all at portadownfc.co.uk, an odd Christmas for everyone and footballers where no different. How did it feel not having a match over the festive period? Extra Turkey on Christmas Day? 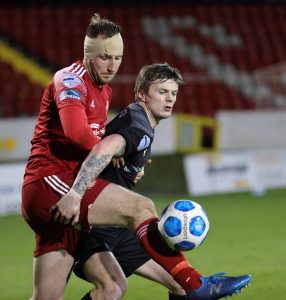 Happy New Year to you too and all the Ports fans. Yes, it was very strange not playing any games over the festive period. Also extremely disappointing not being able to play on Boxing Day because it’s a game that all players look forward too. Last years Boxing Day game against Loughgall had such an amazing atmosphere and I’ll never forget it. I’m a very big eater anyway so I jumped at the chance of extra turkey but paid for it at the next training session.

Has it been hard to cope with so many breaks in between the season to get a rhythm going?

It has been difficult having a bit of a stop start season but there’s not much that we can do and even when we’re off we’ve been given fitness sessions that have to be done at home.

What is the main difference between the Championship and the step up to Premiership football?

I think it’s the little things, they add up. Little mistakes get punished in the Premiership and you have to dig deep and perform every week because there’s no such thing as an easy game in this league.

What has the mood been like in the camp this year with the change from being expected to win every match last season to now being the underdogs most weeks?

The mood has been good and optimistic. The games are coming thick and fast now so you don’t have time to dwell on a loss or get too high on a win cause the next game comes fast.

You lost your defensive partner Paddy McNally recently to what looks like a lengthy injury, going to be a big miss not just for his playing ability but also his leadership?

Paddy and I played almost every game together last season so it is strange not having him there with this unfortunate injury but these are part of football. We have got a good squad with players who are capable of stepping up to the plate. 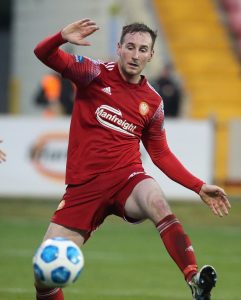 Having no fans in the grounds, does it have a big effect on the players or is it a case of, when the whistle goes it’s just football?

It does have an effect, fans are massive in my opinion. The atmosphere that’s created and the noise of the fans can really drive a team on and act like a 12th man. Nevertheless we have to be professional and go out and do our job.

Big game this Saturday as the Ports welcome their neighbours from across the roundabouts, what is it you relish about these big games?

I think what I relish most is the tension, knowing that you’re going into battle and Its going to be mentally and physically draining but the rewards at the end of it are well worth it.

Dont forget, you can tune in to this Saturday’s Mid Ulster Derby but buying the WeArePorts TV Live Stream from 247.tv/niprem