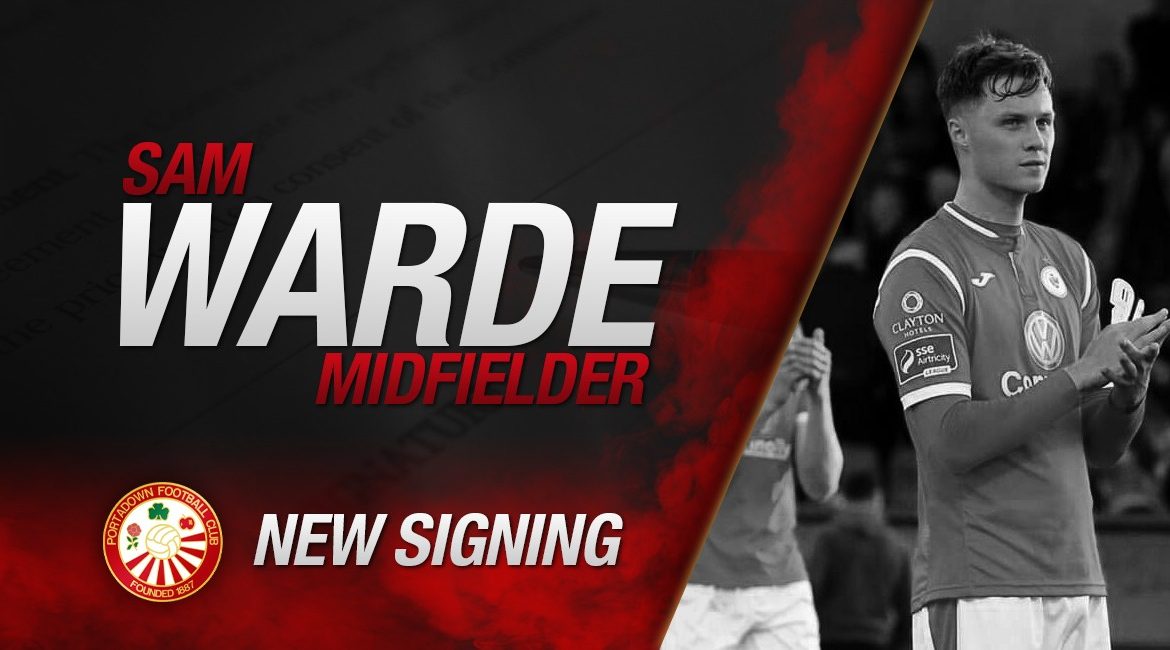 Born in Limerick, Warde joined Huddersfield Town from Irish junior side Mungret Regional in 2014 on a two year scholarship and made appearances for the club’s U18 and U21 squads and was one of three Academy scholars in his year who were offered a first professional contract by the club, he would leave Huddersfield Town in 2017 and join League Two side Colchester United where he featured regularly for the League Two club’s U23s. Sam would return home in 2019 to join Sligo Rovers on loan before making the move permanent and then moving on to Galway United in February 2020.

Sam made his Republic of Ireland’s Under-18 debut in an international friendly against England in March 2016, called up to the squad by former Portadown midfielder Paul Doolin who was head coach of the Republic of Ireland U18s at the time.

I’m delighted to get Sam into the club. He comes with a very good pedigree after starting his career at Huddersfield before a year at Colchester & the last few years playing for Sligo & Galway.

Sam is someone we  had seen playing a couple of years ago & kept tabs on. Dave has done a lot of work on going over old notes this last while & we had been recommended Sam so it was a case of getting in contact with Sam & his agent. Both were a pleasure to deal with & we are now looking forward to seeing him in action for us. Sam is predominantly a defensive midfielder who breaks up the play superbly & adds to that with a great range of passing.

While Sam Warde had this to say on joining Portadown

I’m very happy, excited to be moving up and can’t wait to get started. I am a technical player, and like to get on the ball and pass it around and hopefully get a few goals too.