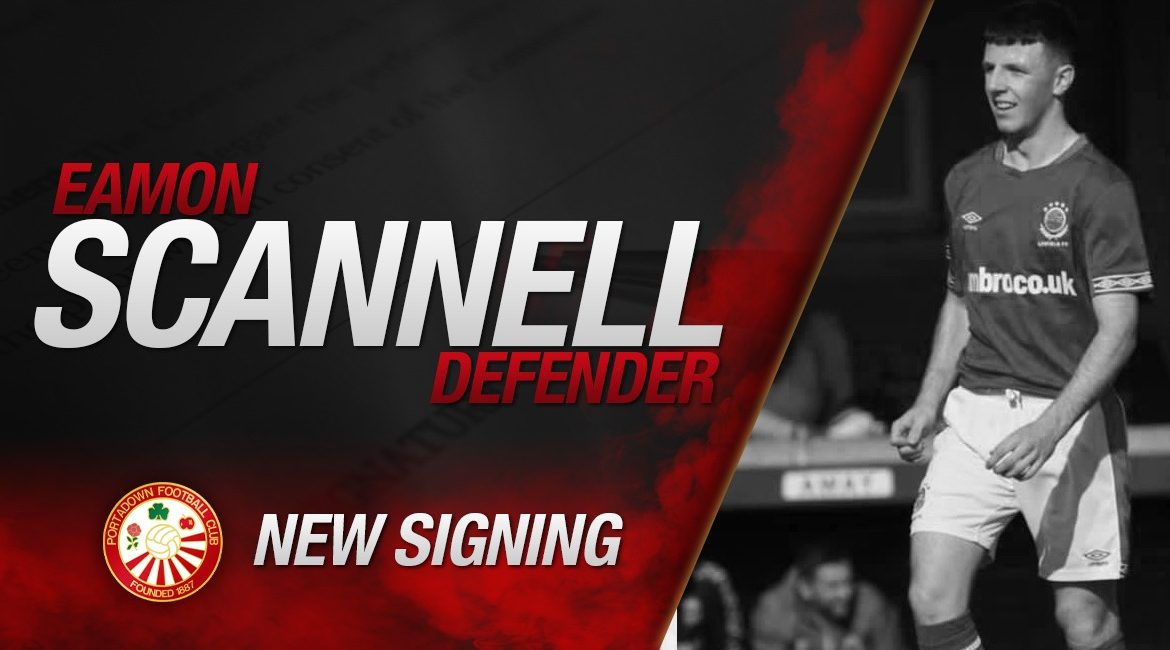 A former Northern Ireland Schoolboys international, Eamon is comfortable in the left back berth or raiding from a wide midfield area and made his Linfield first team debut as a sub in a 1-0 win away to Glenavon in April 2016 at the age of 17. He was named Man of the Match in the 2016 Steel and Sons Cup final in December 2016 as Linfield Swifts lifted the trophy – a game that saw current Ports defender Adam McCallum on the score sheet for Linfield Swifts.

Eamon spent the 2017/18 season on loan to Carrick Rangers and subsequently had two loan spells with Warrenpoint Town (2018/19 & 2019/20) as well as signing a extension to his Linfield contract in the summer of 2019 which seen him commit his future to the club until the end of 2020/21 season.

This is what Portadown manager Matthew Tipton had to say on Eamon’s arrival;

We are very pleased to get Eamon Scannell initially on loan from Linfield. Eamon has a good pedigree & also has played over 50 games in the Irish league at a young age so ticks the boxes for what we want to do. Eamon is coming in to strengthen us at the left back department & possesses good athletic ability as well as tremendous delivery going forward. I must say thank you to David & Linfield for the manner this deal was done.