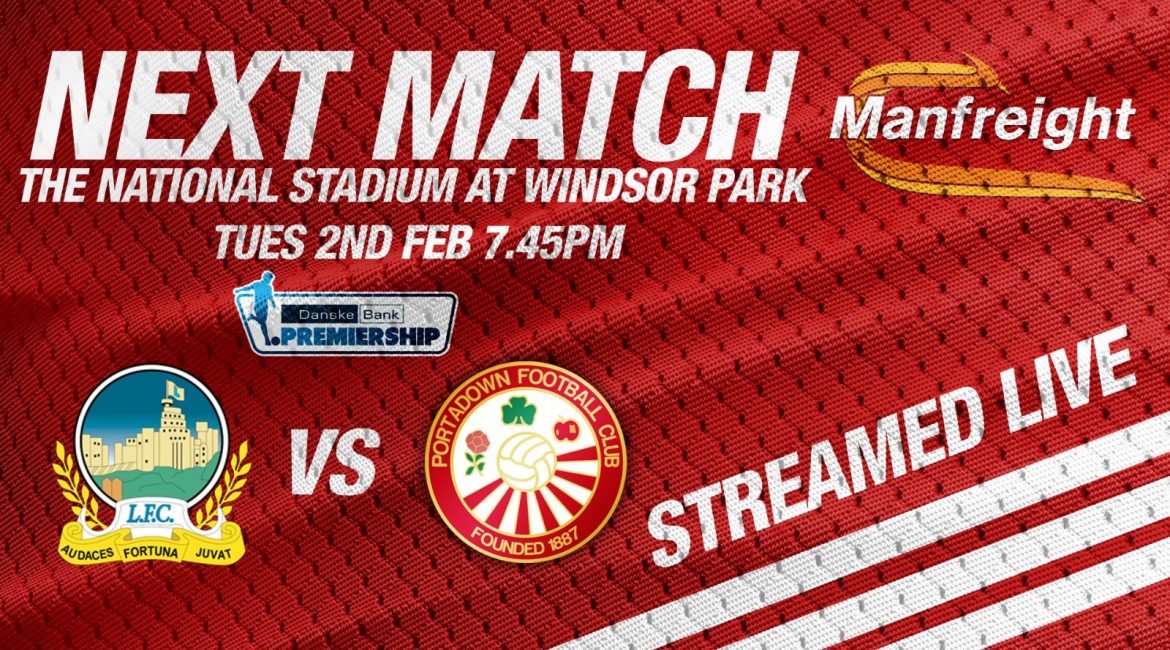 Linfield ran out 3-0 winners at Windsor Park on Tuesday evening against Portadown courtesy of a Shayne Lavery hattrick.

In a fairly even opening 10 minutes where Portadown threatened when Barney McKeown had a volley on 6 minutes go well over the bar.

Throughout the evening Jordan Stewart proved a real handful for the Ports defence, doing well down the right hand side on 15 minutes crossing to Shayne Lavery who headed the hosts 1-0 in front.

Soon after Nasseri broke through one on one with the keeper following a defensive error with the midfielder having the ball in the net however it was ruled out by the referee for a handball in the build up.

At the other end on 26 minutes Ben Tilney had an effort from around 30 yards out however couldn’t stop it from rising well over the bar.

In a big opportunity for the hosts on 33 minutes defender Mark Stafford had a diving header deflected off the post and cleared.

Soon after they had another big opportunity when a short back pass from Greg Hall was intercepted by Lavery who then squared the ball to Nasseri who send his effort wide of the keepers right post.

On the brink of half time Shayne Lavery then made it 2-0 to Linfield when he picked up the ball on the left side before curling an effort into the top corner from just inside the box.

Shortly after Lavery almost made it three when he intercepted from Kevin Healy in a dangerous position however Ports Carney did well to save one on one.

Early in the second a half a blow for the Ports saw an enforced substitution of Lee Bonis who limped of with an injury and was replaced by Stephen Murray.

Murray then had perhaps Portadowns best chance of the evening curling an effort from range just past the post.

Linfield made it 3-0 on 60 minutes when Ports keeper Carney saved another one on one and Gregg Hall cleared the follow up effort off the line and at the third time of asking, Lavery sticks the rebound in the bottom corner for his third goal of the evening.

The last 15 minutes saw tame efforts from Quinn, Cooper, Waterworth and Manzinga for Linfield, as well as Murray and Croskery at the other end as neither side seriously threatened either keeper.

On the 86th minute Jacob Carney had to be alert to save a free kick from Niall Quinn in a dangerous position at the edge of the box.

Linfield sub Andy Waterworth connected crisply with a header that was right into the hands of Jacob Carney before the referee blew for full time with no added time at the end.

Our next game is this Saturday away to Coleraine with a 3pm Kick Off. It will be streamed live on http://www.247.tv/niprem