Honours even at Showgrounds 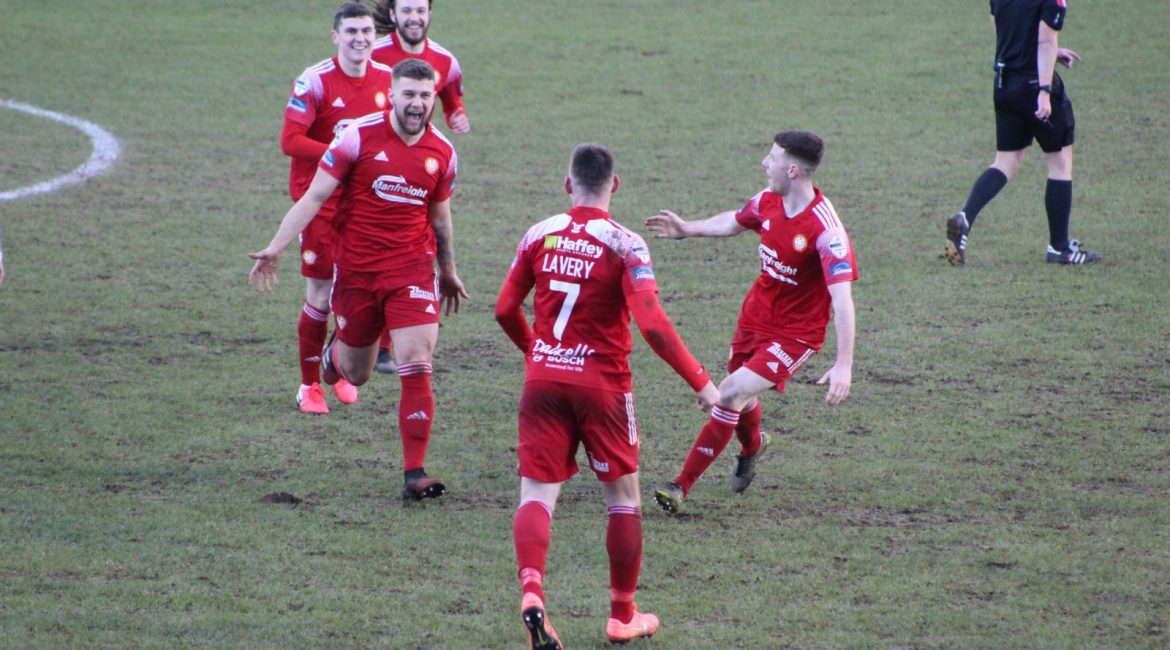 Portadown came away from the Coleraine Showgrounds with a 1-1 draw on Saturday afternoon in what was a frustrating day for a Coleraine side who will have felt they should have won the game on several occasions.

The opening 15-20 minutes saw neither side work up any sort of dangerous opportunities both cancelling each other out.

As the game wore on a great long range pass from Stephen Lowry found Eoin Bradley who sent his effort well over the bar.

Soon after an under hit back pass from Ports defender Adam McCallum put Eoin Bradley through one on one with the keeper however he couldn’t control the subsequent effort.

At the other end Portadown had an opportunity when a super ball from full back Greg Hall found Oisin Conaty who couldn’t get enough power on a header.

On the 26th minute Portadown had a massive chance to take the lead, following a dangerous corner from George Tipton the ball found the feet of Barney McKeown whose shot from close range was saved by Coleraine keeper Martin Gallagher with his right foot.

Towards the end of the first half a Salley headed clearance landed at the feet of Canning whose effort is well over the bar.

Coleraine in the final five minutes of the first half massively ramped up the pressure when Curtis Allen broke through with only the keeper to beat had his attempted lob connect with the palm of Ports keeper Jacob Carney with Ports debutant Eamon Scannell clearing the loose ball off the line in the biggest opportunity of the first half.

The second half saw a continuation of the lacklustre attacking threat from both sides who struggled to break each other down.

Adam Salley couldn’t keep an effort down from around 30 yards out which landed into the away terrace.

On 56 minutes a decent effort from Coleraine midfielder Lowry was straight into the hands of Jacob Carney.

Soon after Lowry had another opportunity, this time his turn and shot from close range was saved by Carney and the follow up from Josh Carson went into the side netting.

The hosts finally found their breakthrough when substitute Stewart Nixon scored with his second touch of the ball when he got in behind the Portadown defence first hitting a deflected cross before putting the rebound past the keeper at his left post.

6 minutes later the Ports were level, Adam Salley found the equaliser after a ball in from Chris Lavery, controlling the ball and fired an unstoppable effort into the top right corner of the net.

Stephen Lowry was so close to restoring the hosts lead sending an effort just wide of the post from a ball from Stewart Nixon.

Our next game is this Tuesday night away to Larne at Inver Park. KO is at 7:45pm. 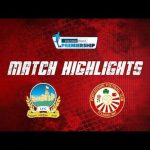