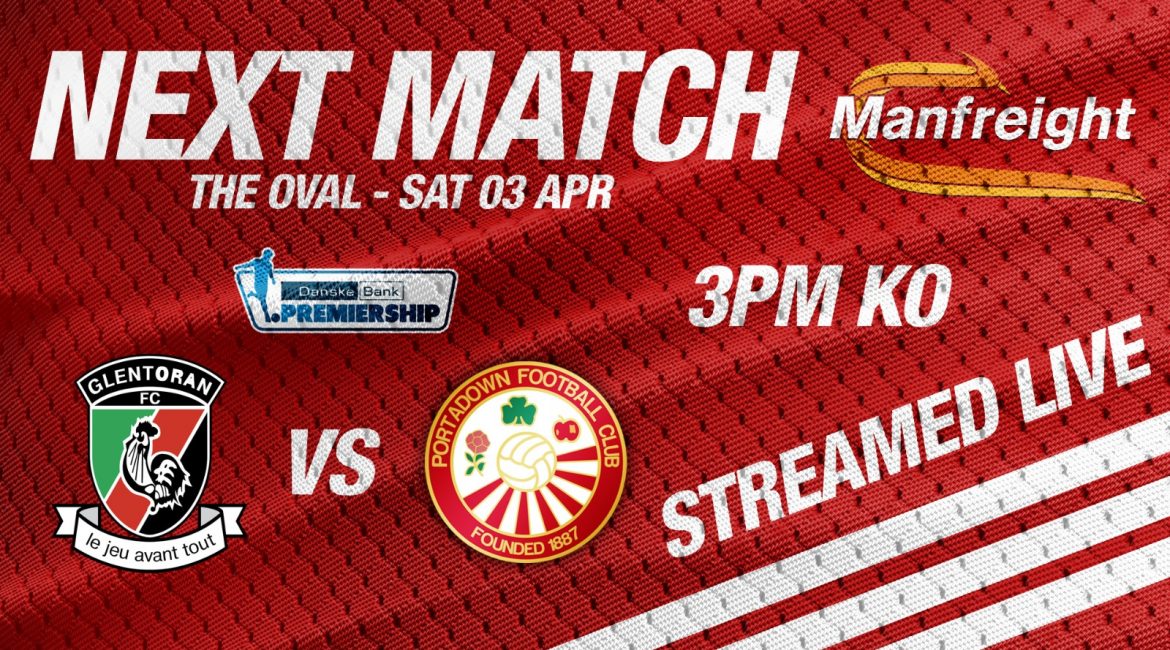 Portadown are back in Danske Bank Premiership action tomorrow (Sat 3 April) when we take on Glentoran at the Oval.

Glentoran come into the game on the back of four wins in their last five Danske Bank Premiership games including a 1-0 win over Crusaders last time out thanks to an injury time goal through Jay Donnelly, Portadown were desperately unlucky against Crusaders on Tuesday evening in their last Premiership outing going down 2-1 after taking the lead through Adam Salley only for the Crues to score two goals in a minute to secure the three points.

The two clubs met previously on 16th February 2021 at Shamrock Park with Glentoran winning 3-1 thanks to goals from Conor McMenamin, a Hrvoje Plum penalty and Jay Donnelly, Lee Bonis was the Ports goal scorer with the Ports being reduced to 10 men after Greg Hall seen red for handling on the line. The last meeting between the two clubs at the Oval was on 2 January 2021 with Glentoran running out 2-1 winners thanks to goals from Patrick McClean and Jay Donnelly.

Glentoran have won the last five games between the clubs in all competitions including an Irish Cup tie on penalties and have also won four of the last five meetings at the Oval.

Both Paul Finnegan & Eamon Scannell came through a light session last night so that is a positive as we look forward to going to the Oval tomorrow. Whether both of them will be fit to start will be a decision I’ll make when weighing it up against the sheer volume of games we are facing.

Though disappointed with the defeat on Tuesday we have watched the game back & feel that there is plenty of positives to take from the game. We now are putting ourselves in positions to win games but need to make sure we don’t switch off at critical moments.

On the occasions we have played Glentoran this season I have felt they are up there with the best in the league & I feel they still have the capability to push Linfield & Coleraine all the way for the title so we know we have to be at the top of our game tomorrow.