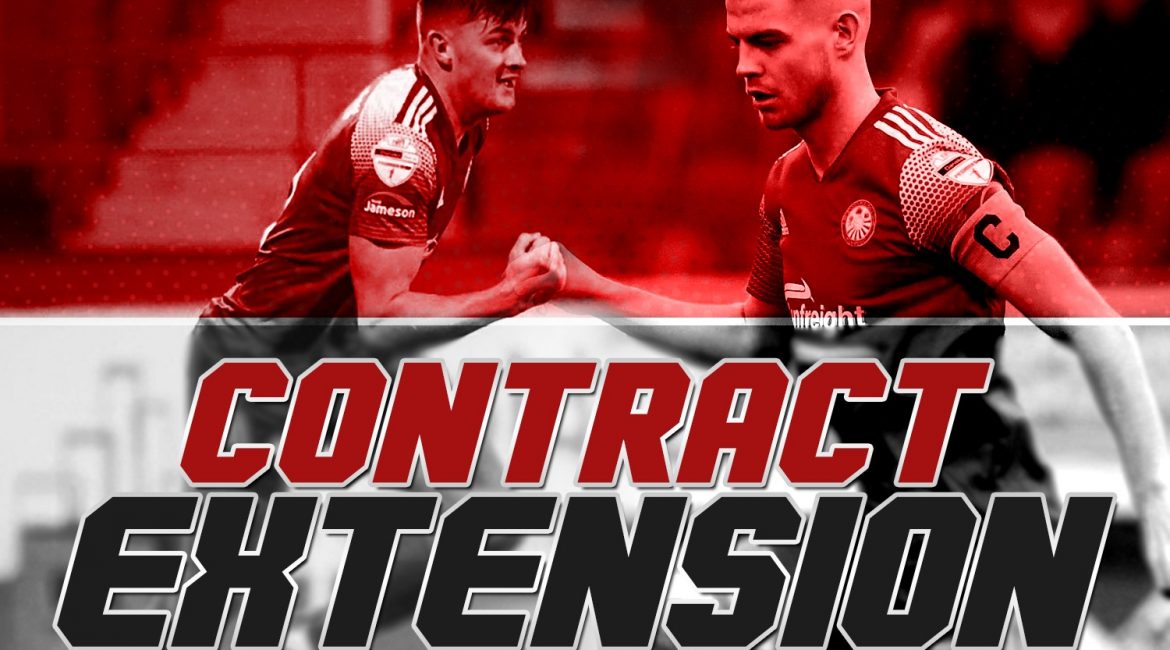 Portadown FC are delighted to announce that captain Luke Wilson & striker Lee Bonis have both signed new 5 year contracts which sees the duo commit their future to the club to 2026.

Luke Wilson made his senior debut for the club at the age of 16 in April 2017 after coming through the youth set up at Shamrock Park and has went on to make 117 appearances for Portadown, captaining the side to the Bluefin Sport Championship last season.

I’m absolutely buzzing to get this over the line eventually and be here for another five years. It shows the faith the club has in me and shows that I don’t want to be anywhere else in the Irish League, I want to play for my home town club

Lee Bonis signed for Portadown in the summer of 2019 having impressed in the Mid-Ulster League with Seagoe and like Luke came up through the Portadown Youth ranks as a youngster. Lee has made 52 appearances for the club scoring 25 goals

We think this is a massive statement on behalf of the club regarding what we want to do, where we want to go and how we want to move forward.

We felt both boys were well justified in being rewarded for their performances on the pitch and we wanted to start building and stabilising for next year by getting them on board. Generally what happens is people who’ve been at the club for a bit of time or the young lads coming through get forgotten about in terms of new players and flash signings coming in but we felt both lads deserved it.

I don’t expect either Luke or Lee to be here at the end of the five years as I fully expect them to be playing in England in no time and we’ll encourage that. What we have to do is make a statement to the rest of the Irish League that we’re not here to feed their teams, we’re here to push this club on as much as we can and help the boys move their careers forward.

What I mean by moving the lads careers forward is that if we’re successful on the pitch they’ll be successful and I think that will attract attention from across the water.

The directors are supporting Matthew with his plans in building a team to compete in the Danske Bank Premiership and by signing Luke Wilson and Lee Bonis to new five year deals we feel this highlights the board’s commitment in getting Portadown back to challenging for honours. 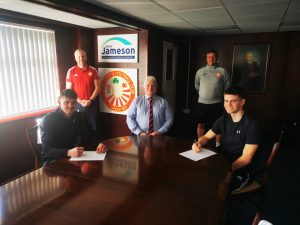