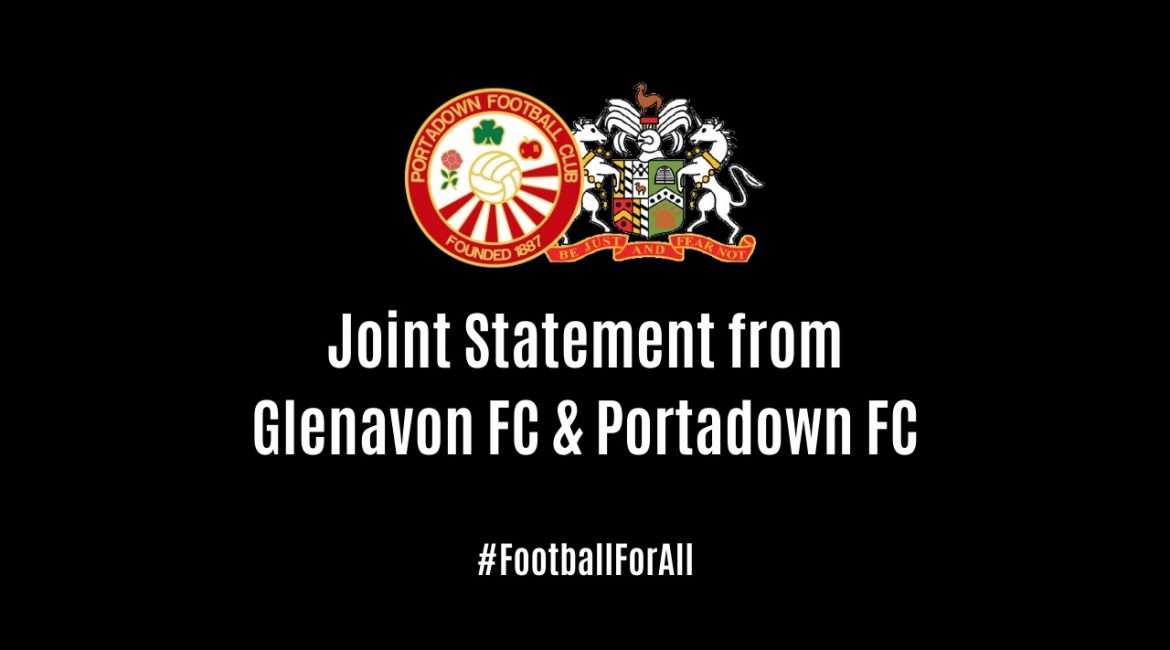 Portadown Football Club and Glenavon Football Club would like to make a joint statement in relation to the four day boycott of social media which is taking place in an attempt to tackle abuse and discrimination on their platforms.

We feel any stance is worthwhile and understand the reasons behind the boycott, however we are also acutely aware that at the moment supporters are restricted from attending Danske Bank Premiership matches, due to the restrictions currently in place.

Our social media accounts have become the only way our supporters can connect and interact with their clubs in these challenging times and we feel by removing this interaction with our supporters wouldn’t be fair at a time when many need and rely on that connection.

We believe the way forward is to make a lasting impact with the community within our reach and we are making a commitment to implementing a educational programme along with Portadown Youth, the Glenavon Academy and the YMCA to educate and inform on anti-discrimination on social media as well as online bullying and safety.

Rather than a token gesture that will only last a few days, we want to have a lasting impact on as many people as we can and will be doing that through our extensive Youth Academies alongside our senior clubs.

We fully condemn all forms of abuse on social media and continue to support the campaign for social media companies to protect players and officials against online abuse and discrimination.