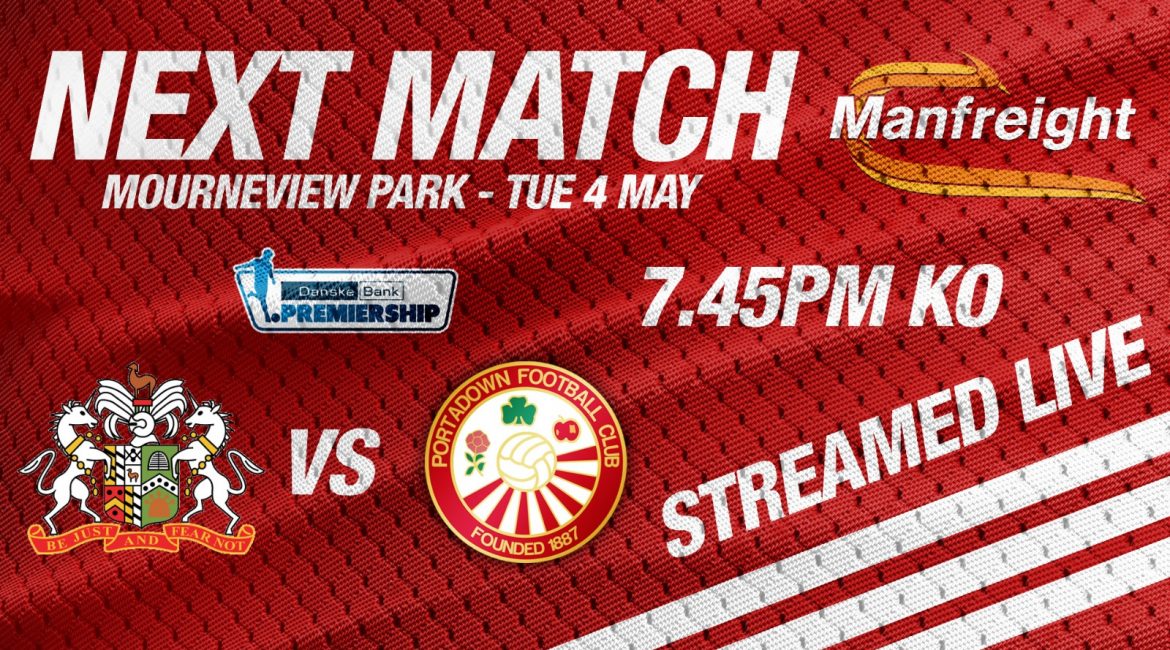 Portadown are back in Danske Bank Premiership action this evening (Tues 4 May) with the final Mid-Ulster derby of the season as we take on Glenavon at Mourneview Park, kick off 7:45pm.

Portadown come into the game off the back of a disappointing 2-1 defeat to Warrenpoint Town at Shamrock Park on Saturday while Glenavon were also on the end of a defeat as Ballymena United beat them 3-1 at the Ballymena Showgrounds.

The last time Portadown and Glenavon met was back on 9 March 2021 at Shamrock Park with Glenavon running out 2-1 winners, 3 days earlier Portadown had the bragging rights after winning 4-1 at the same venue in the first of a unique situation where we had back to back Mid-Ulster derby games in the space of 4 days.

We are asking the boys for a big push to battle through all the knocks, niggles & injuries tonight as we know there is an 11 day break after this game until we play again. Asking players to play through injury is something I’ve always tried to avoid doing however we are really struggling for bodies currently especially in midfield so it’s a case of who is least injured or those with higher pain threshold

Glenavon are live streaming the game via www.247.tv/niprem

Last Five Head to Head at Mourneview Park (All competitions)