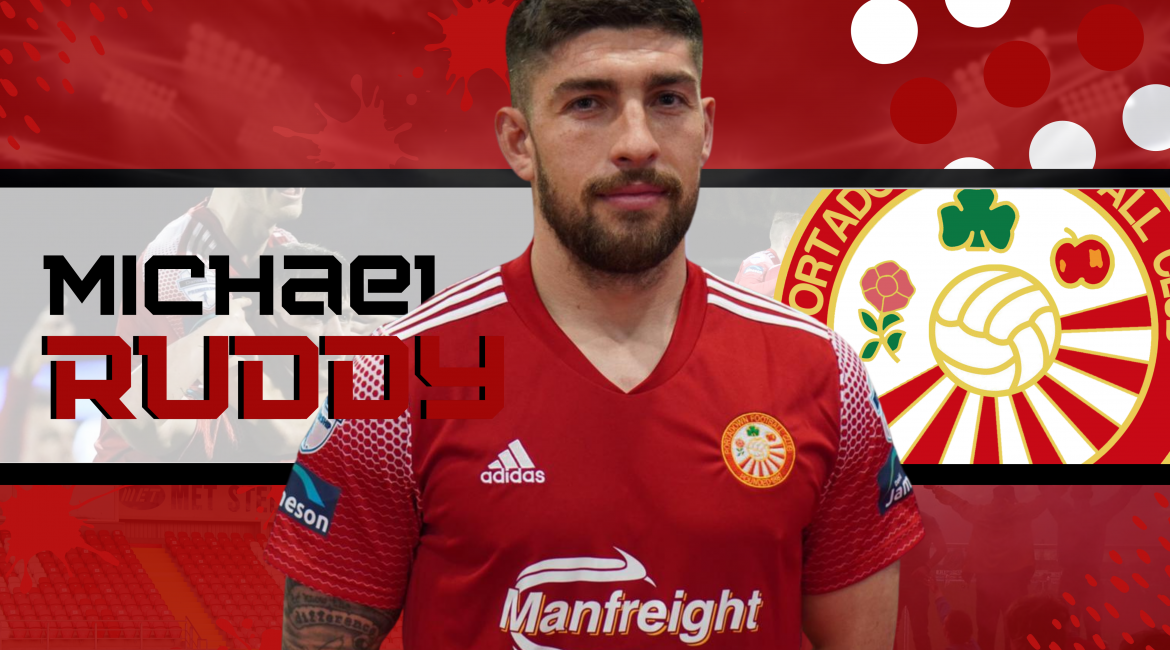 Portadown Football Club is delighted to announce the signing of Michael Ruddy from Crusaders.

Ruddy, 27, has signed a three year contract at Shamrock Park following the expiration of his contract at Seaview and joins Matthew Tipton’s squad following spells at Ballymena United and Ards prior to joining Crusaders in 2018 where he won the Irish Cup and County Antrim Shield in 2019.

I’m an experienced player now at the back end of my twenties but I’m still young enough, fresh and ready to go to do well for Portadown, can’t wait to get started.

It goes without saying that Michael’s an experienced player in the league, we know what he’s about and he’s a solid left back which is something we’ve been looking for for probably over my three years here as we’ve never felt settled with anybody at left back.

Michael comes with a good pedigree and good hunger, 27 now which means he’s an old man in our team but really and truly in football he’s a young man. He’s fit and ready to go and hungry to play which was a big thing for us over the conversations we had both over the phone and in person and I’m delighted it’s over the line.

It’s a massive position for us and we’re looking at Michael and what he’s done over the time he was at Ards, scoring plenty of goals and he’s a threat in both boxes. Obviously from set pieces attacking wise for us, a strong marker and aggressive in the tackle as well as pace to get up and down the wing and provide a good delivery into the box. For us he ticks all the boxes we wanted. 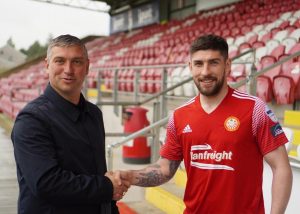