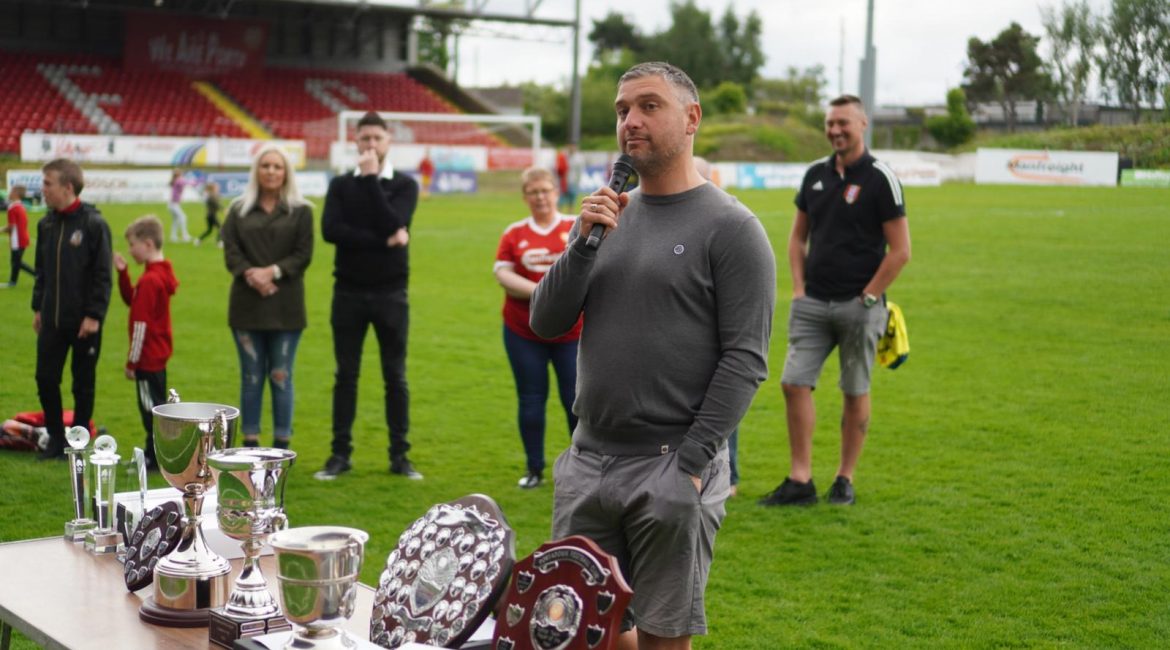 It was a clean sweep for Lee Bonis at Saturdays 2020/21 Awards Presentation at Shamrock Park.

The Ports striker picked up the Players Player of the Year as well as Shamrock Reds, Richhill Reds & We Are Ports Player of the Year awards for the 2020/21 campaign, he also was the first recipient of the new ‘Ronnie Stinson Cup’ which is presented by Eden Reds to their Player of the Year in memory of the late Portadown chairman and Eden Reds member who passed away earlier this year – the trophy being presented to Lee by Ronnie’s son & daughter James and Julie on behalf of Eden Reds.

There were also awards for Portadown’s loanee goalkeeper Jacob Carney who was named as Eden Reds & Richhill Reds Young Player of the Year.

The final award of the afternoon was the PSS Club Man of the Year award with Jason Hall picking up the award from PSS members Dave Wiggins and Jonny Dunlop following his work this season as club kit man in an ever changing and challenging working environment due to the covid pandemic.

The awards presentation had began with speeches from the Shamrock Park pitch by Portadown manager Matthew Tipton and Vice Chairman Paul Jackson with both paying tribute to the players, supporters and volunteers around the club in what has been one of the most difficult and strangest seasons in history. Tributes were paid to those supporters who sadly passed away over the past 12 months with special tributes given to the late Ronnie Stinson and Nat Richardson.

A great day appeared to be had by all with lots of smiles and happy faces from the great crowd at Shamrock Park who enjoyed the attractions in attendance at the family picnic prior to the awards ceremony, these included bouncy castles via Portadown Cares, Cause Play, a penalty kick competition and the chance to chat to the management and players in attendance. A special mention to one of the food vendors in attendance, Flatdogs Gourmet Street Food, who renamed the dishes on their menu for the day after legendary Portadown players including Mickey Keenan, Stevie Cowan, Joey Cunningham, Sandy Fraser, Alfie Stewart, Brain Strain, Philip Major, Gregg Davidson & Martin Russell. 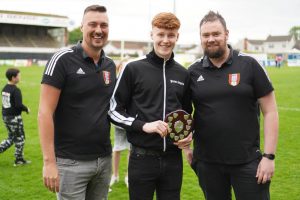 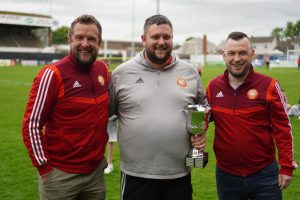 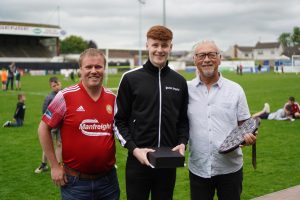 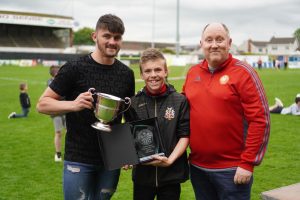 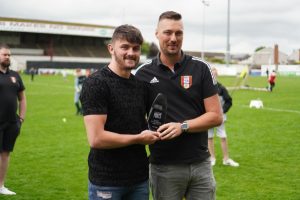 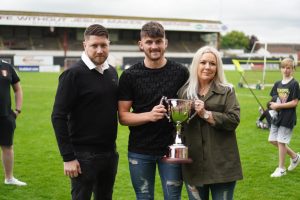 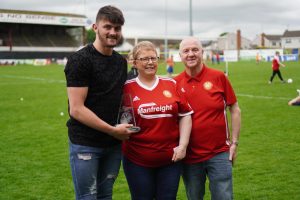 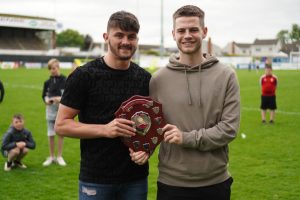