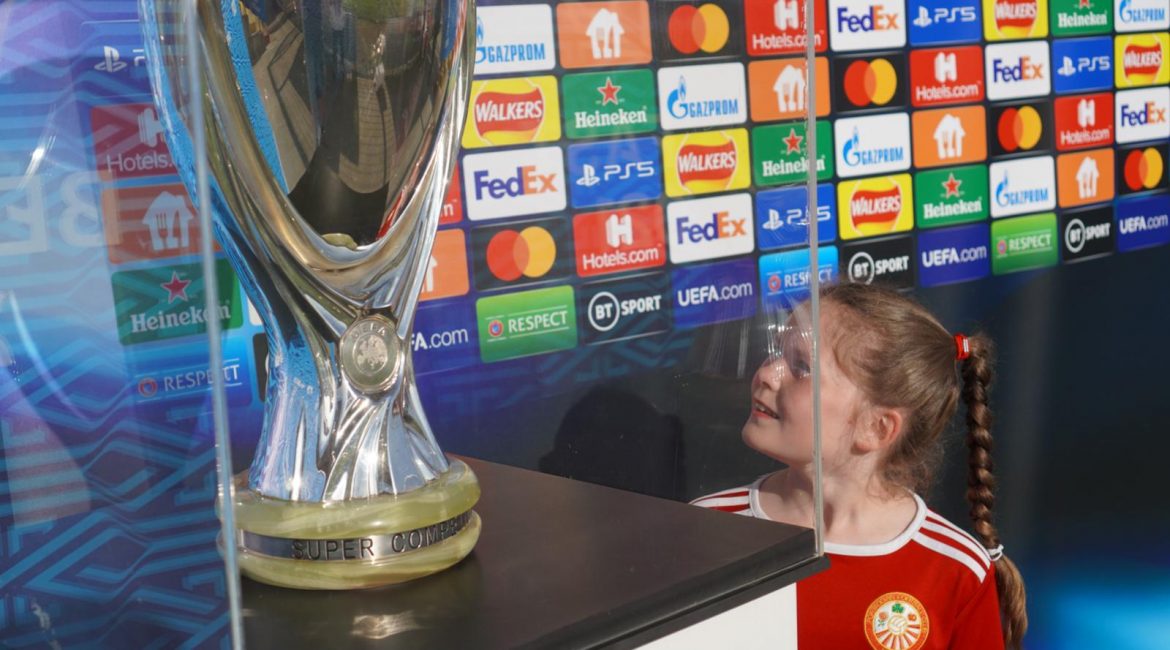 Yesterday, Portadown Youth players were given the rare chance to see and take pictures with the European Super Cup at Shamrock Park. The UEFA run competition will take place this summer in Windsor Park, Belfast between the Champions League winners Chelsea and Europa League winners Villareal on 11th August 2021. 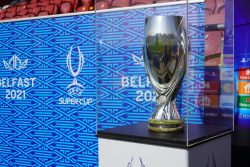 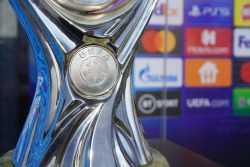 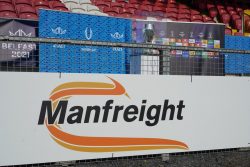 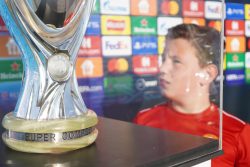 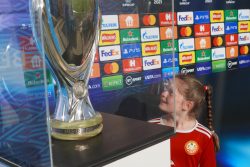 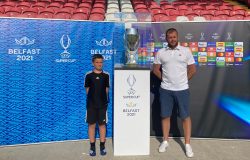 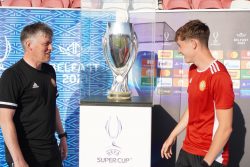 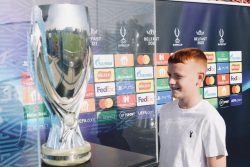