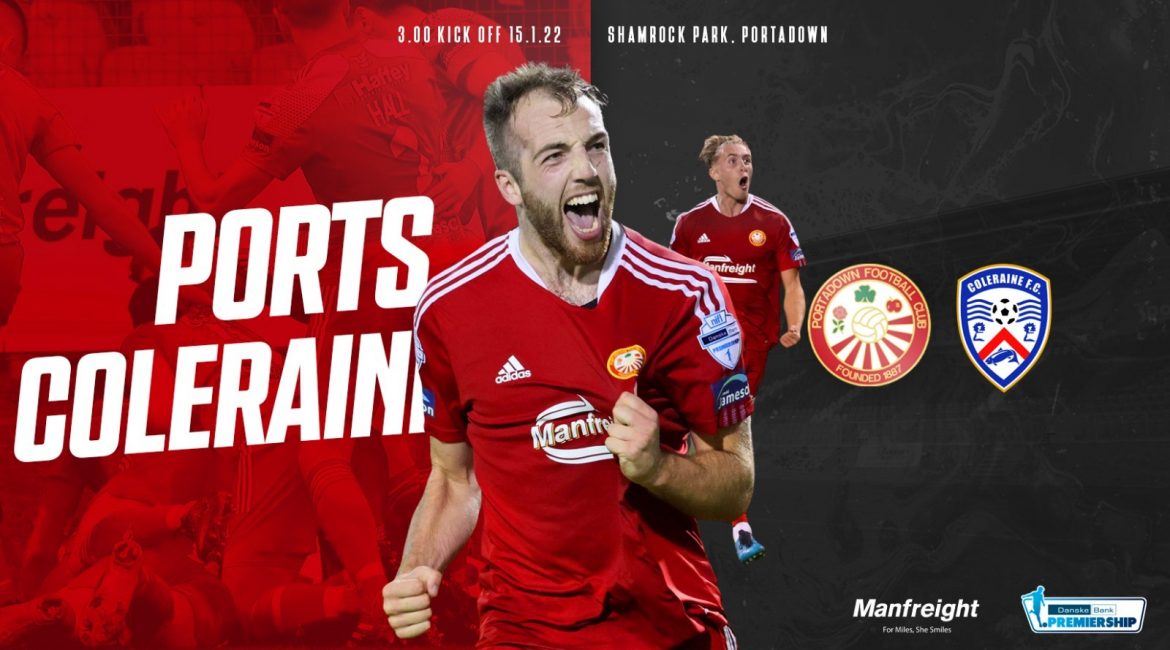 Portadown are back in Danske Bank Premiership action tomorrow (Sat 15 January) when Coleraine are the vistors to Shamrock Park, kick off 3pm

Both teams come into the game off the back of victories in the Samuel Gelston’s Whiskey Irish Cup last Saturday, Portadown were 2-0 winners over Limavady Utd while Coleraine were 6-0 winners over Windmill Stars. In Premiership matters both sides were on the wrong end of derby defeats on 27th December with the Ports going down 1-0 to 9 man Glenavon while Coleraine suffered a 2-1 defeat away to Ballymena United while on New Years Day Portadown also saw defeat at the Ballymena Showgrounds.

Coleraine’s title challenge has faltered over the past 6 weeks following a run of results that has seen them without a victory in their last 6 Premiership games, their last 3 points coming back on 19 November against Larne.

Coleraine would win two of the three meetings between the sides last season with the other fixture ending in a 1-1 draw, a Adam Salley stunner sealing a point for the Ports at the Showgrounds in February. The last time the two teams met was in October 2021 with Coleraine running out 2-0 winners at the Showgrounds with an OG from Paul Finnegan and a Matthew Shevlin goal securing all 3 points for Oran Kearney’s men. Portadown would see red cards twice in their three fixtures last season with the Bannsiders with Lee Bonis being sent off in the meeting in October 2020 and Adam Salley being dismissed in February 2021, Coleraine would also have three penalties awarded to them in the three fixtures between the sides last campaign.

You have to go back to February 2016 for Portadown’s last competitive victory over Coleraine, a 3-1 win at Shamrock Park in the Irish Cup thanks to goals from Ken Oman, Gary Twigg and Philip Lowry.  In league matters it’s New Years Day 2015 since the Ports sealed all 3 points against Coleraine, a 1-0 win at the Showgrounds thanks to a Mark McAllister header while the last league win against the Bannsiders at Shamrock Park was a 2-0 win back 14 December 2013 with goals from Chris Ramsey and Gary Twigg. In fact Coleraine have won 9 of the last 10 (one of these being an automatic 3-0 win) Premiership meetings between the sides.

Portadown manager Matthew Tipton had the following preview for supporters

We go into tomorrow’s game with some renewed positivity after last weeks win but more so from the new additions to the squad. With these players coming in it’s added a freshness to the squad & we’ve seen the tempo to training really improve this week. For probably the first time this season there is decisions to be made not only in terms of starting 11 but also on the bench which can only be a good thing for everyone.

I wish him all the best there.

We have also agreed by mutual consent for Ruairi Croskery & Oran Jackson to leave us.

Online tickets for the game are available via https://tickets.portadownfc.co.uk/fixtures/ / A cash turnstile will be available for HOME SUPPORTERS ONLY, any Coleraine supporters trying to or found to gain access to the home stand will face ejection from the stadium.

For those unable to make it to Shamrock Park tomorrow the game will be live streamed on We Are Ports TV LIVE with former Ports defender Andy Hunter on co-commentary, the cost to purchase the game is £10 via https://www.performatv.com/game/portadown-vs-coleraine-15-01-22 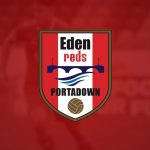 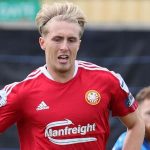 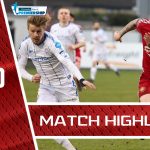