Barr commits to Portadown to 2025 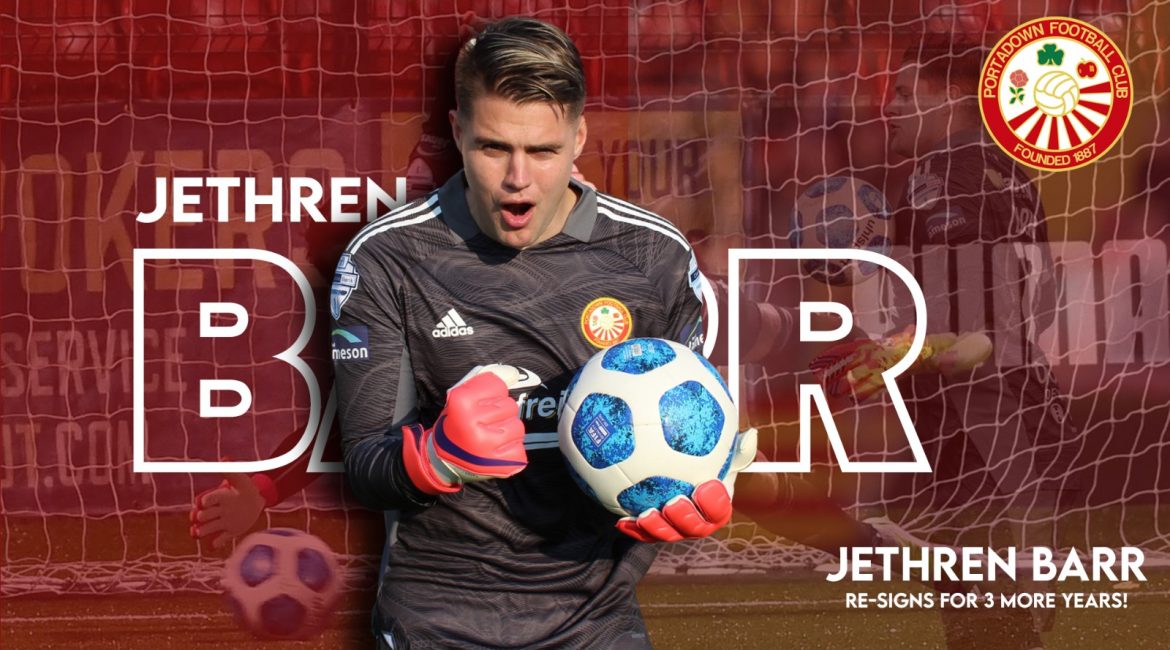 Portadown are today delighted to announce goalkeeper Jethren Barr has agreed a new, three year contract with the club.

Barr (26), who initially joined the Ports in 2021, has been a mainstay between the posts for the Ports since his arrival making 39 appearances and picking up the club’s January Player of the Month award as well as the Shamrock Reds Player of the Year Award at the recent End of Season Dinner.

Jethren, who was previously with South African side Maritzburg United, was the youngest professional goalkeeper to play in the Premier Soccer League in South Africa at just 17 years old and has represented South Africa at U17, U20 and U23 level.

The 6 foot shot stopper was also part of the South African U20 squad who won the Commonwealth of Independent States Cup in 2015 and has played in the CAF Champions League for iconic South African side Bidvest Wits.

Since I arrived at Portadown I was always made very welcome by the club, it’s staff as well as all the fans and I appreciated all of it.

For me to stay was an easy decision, I love the club and supporters and can really see it’s a special kind of club and I believe I can help bring Portadown back to where they belong.

Another factor in committing my future to the club is my goalkeeper coach Simon Hunter, he’s full of knowledge and always available to do extra sessions and has helped me improve a lot since arriving.

I would like to thank the directors of Portadown for believing in me so much and I’m grateful we could come to an agreement.