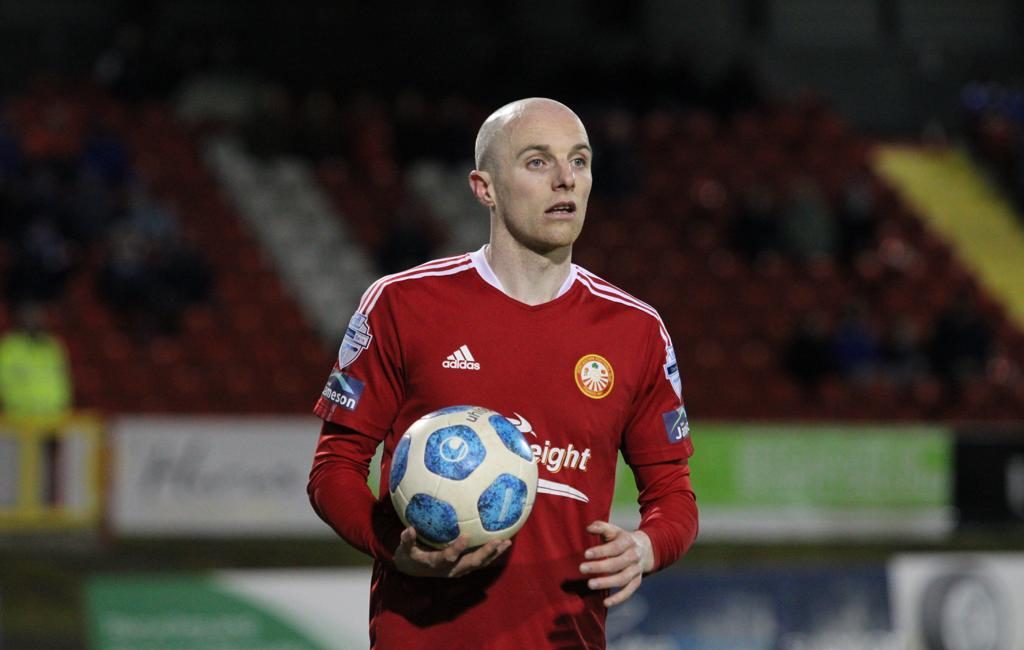 Portadown can confirm that Greg Hall will depart the club when his contract expires this summer.

The 32 year old defender joined the Ports in January 2018 and went on to play 135 games, scoring 2 goals and being part of the squad who won the 2019/20 Championship title.

Greg made his final appearance in our 1-0 victory over Annagh United in the second leg of our Premiership Promotion/Relegation playoff, a game in which he would have to get 9 stitches and have a 11 hour wait at the Royal Victoria Hospital after receiving a head wound in the second half – however in typical Greg fashion he made sure he stayed until the final whistle and the Ports had gotten over the line before he left for medical treatment.

A massive fan favourite at Shamrock Park Greg epitomised everything a Portadown supporter would want in someone representing their club – reliable, hard working, tenacious, committed and each and every game gave his heart, soul & 100%, no matter what position in the back four he was tasked with playing, while always willing to lay his body on the line to prevent the opposition from having any sniff of goal.

We as a club wish to sincerely thank Greg for his commitment and effort for the club during his time at Shamrock Park and wish him well for the future.