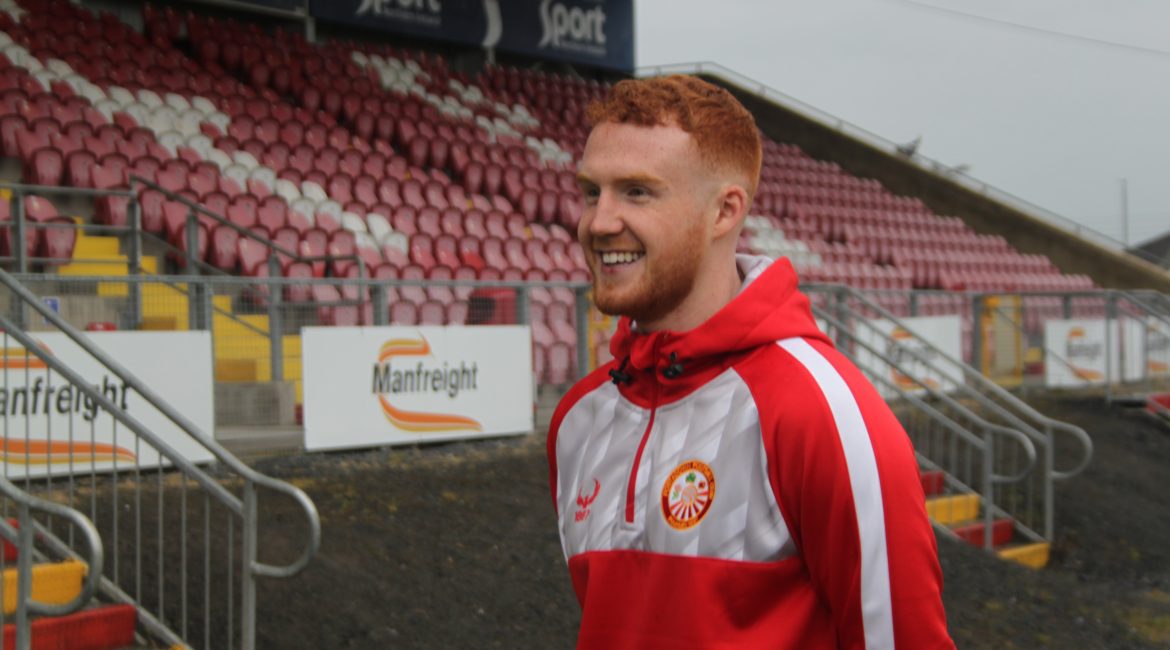 Portadown are delighted to announce the signing of defender Lee Upton from Championship side Annagh United on a 1 year deal.

Lee (20), is no stranger to the club having been at Shamrock Park from the age of 7 and coming up through the Portadown Youth system, going on to captain Portadown U20s to the 2017/18 Championship Development title. He also captained the County Armagh Premier Super Cup NI team in 2018 and was involved with Northern Ireland at U16 & U17 level, representing his country in the Nordic Cup in 2017.

After leaving the Ports in 2018 Lee would join Dungannon Swifts before having a spell at Loughgall on loan and eventually making the switch to Annagh United just before the curtailment of the 2019/20 season.

Lee stood out for Annagh United in their recent Premiership Promotion/Relegation Playoff against ourselves and was on the scoresheet for the Tandragee Road men in the 3-2 Ports win in the first leg.

Lee can be sure to be warmly welcomed back to the club by the likes of Peter Mullan, Neil McCullough and Gary McCullough who coached him during his previous spell and rated the young defender very highly – it’s great to see another product of the Portadown youth system make their way back home to Shamrock Park.