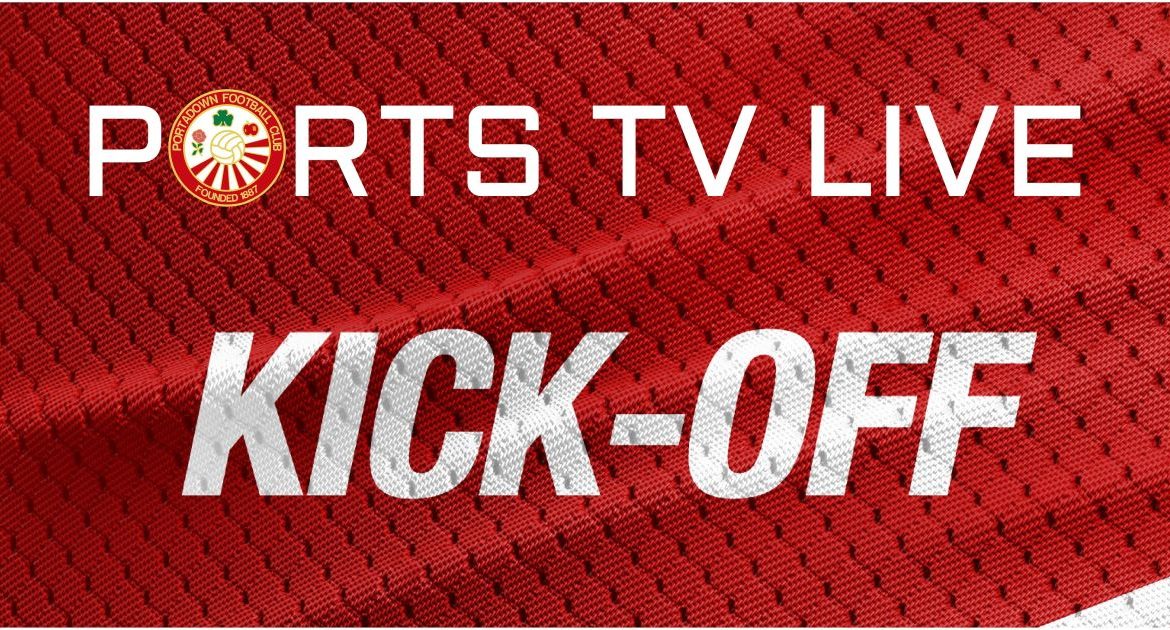 As the previous past two seasons We Are Ports TV LIVE will live stream all competitive matches from Shamrock Park that aren’t scheduled for live TV coverage by external providers (BBC & Sky Sports) or being played simultaneously with another NIFL game which is being shown live on BBC or SKY.

Of course We Are Ports TV LIVE will continue to bring you the high quality coverage supporters have got accustomed to over the past few years, including commentary, in play graphics and updates from around the grounds.

Also in a new exciting development our ever innovative and hard working media team have kept themselves at the forefront of NIFL club media by this season providing an in house streaming platform via portstv.com, meaning fans no longer need to access & purchase our live streams via a third party company.

At present Portadown Football Club, thanks to the magnificent volunteers behind We Are Ports TV, are the only club in the Irish League to broadcast live streams of their games via a totally in house environment – be that production, camera operating, in game graphics, commentary and now hosting platform – all is done completely via the We Are Ports TV team with the club’s own specialised equipment meaning not only do the club save a considerable amount of money by not employing third party companies to oversee aspects of the stream but it also means that 100% monies made through the stream can be invested directly back into the club.

With the team behind We Are Ports TV LIVE now also managing the platform hosting the live streams it means that the customer service aspect of the facility will be managed in house by the Portadown FC media team so supporters will get replies to their issues and questions in a timely manner from someone who will be on site at the game being streamed.

Our in house hosting platform will go through testing over the next number of weeks to iron out any issues which may arise ahead of our first Premiership home game, therefore we will be streaming three historic games via portstv.com over the next few weeks with supporters wishing to watch these games simply having to sign up to We Are Ports TV LIVE to view. This can be done via the link below

The first historic game to live stream on our new We Are Ports TV platform as part of our testing in preparation for the first We Are Ports TV live stream of the season against Coleraine on Saturday 20 August is the 1-0 League Cup victory over Newry City in 2009 – future games will include the 4-3 Irish Cup Quarter Final replay victory over Glentoran in 2002 and the historic 2-0 victory over Linfield in 1990 to secure our first ever Irish League title.

All content on portstv.com is mobile & tablet friendly with videos also available for casting to smart TV’s that have casting facilities.

If supporters have any questions or technical issues with We Are Ports TV then contact our support team via the support tab at the top of the Ports TV webpage and fill out the webform or alternatively use the live chat function.

Finally we wish to place on record our thanks to Performa Sports for their assistance and work over the past year in regards to providing a platform for our live streams.