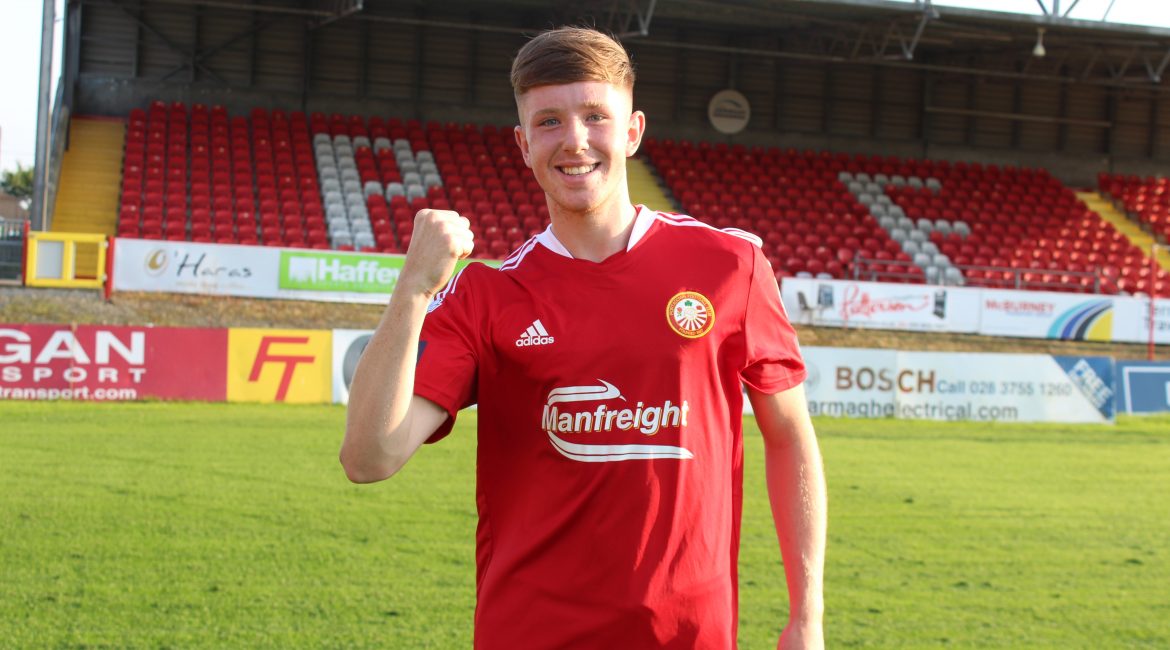 Portadown Football Club can confirm that a deal has been agreed with English side Fleetwood Town which will see 17 year old striker Sam Glenfield join the Sky Bet League One side.

Sam, who signed a 3 year professional contract at Shamrock Park last summer, made his senior Portadown debut against Coleraine in October 2020 at the age of 15 and would go on to make 10 first team appearances during his time at the club. He has also represented Northern Ireland at U16, U18 & U19 levels.

Fleetwood Town, who are currently managed by former Celtic and Scotland midfielder Scott Brown, were established in 1997 and finished 20th in last season League One table.

Everyone at Portadown Football Club wish Sam every success at Fleetwood Town and thank him for his efforts during his time at Shamrock Park.