Trio arrive at Shamrock while Anderson departs on loan 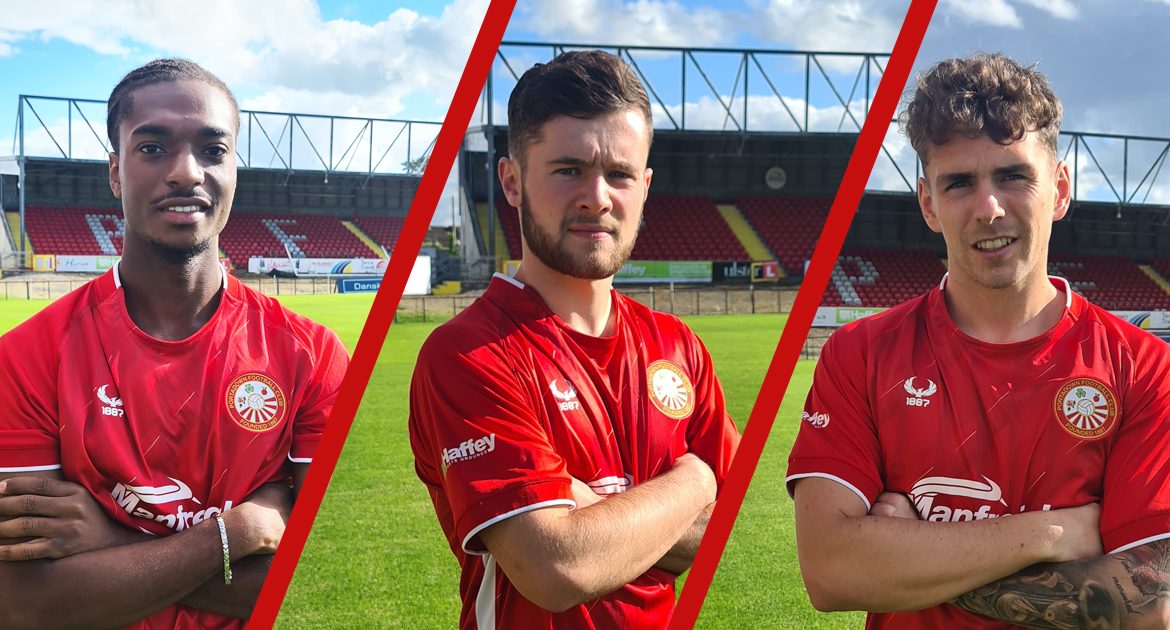 Mark Russell (26) was a product of the Greenock Morton Youth Academy, going on to make his first team debut in 2013 and making 153 appearances for the Scottish Championship side during which time he was named in the PFA Scotland League One Team of the Year for 2014-15 in the same season he was part of the Greenock Morton side who won the Scottish League One title. The defender turned attacking midfielder would depart Greenock in 2018 to sign for Falkirk before moving to League of Ireland Premier Division side Finn Harps in 2019, returning to Greenock Morton in 2021 and was most recently with Galway United.

Next to sign on at Shamrock is attacking midfielder Jonah Mitchell (23) who should be no stranger to Ports fans as he’s the son of former Portadown midfielder Philip who played for the club between 1991 and 1992. Jonah began his career in the youth team at Linfield before switching to Ards in 2017 followed by spells with Annagh United and Queen’s University – he was on the scoresheet for Queens when they knocked Linfield out of the Irish Cup in 2020. Jonah has most recently been with Northern Premier League Premier Division side Hyde United who he joined in 2021.

Completing the trio of signings is Don De Dieu Tantale (21). The French striker who came through the youth academy at Strasbourg from the age of 5 to 17 was previously with Isthmian League side Grays Athletic who he joined in 2022 following a move to London in 2020.

Departing the club on loan is striker Harry Anderson who joins Armagh City for the season, Harry rejoined the club last summer following a spell with Portsmouth.

We wish Harry every success during his loan spell with Armagh City.