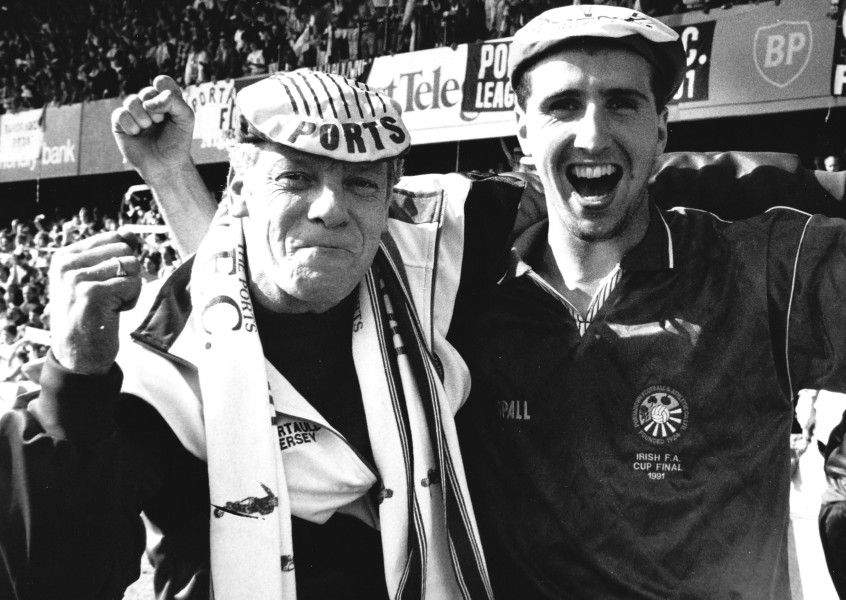 This Monday evenings (8 August) game between Portadown and Seagoe at Shamrock Park will be for the annual George Richardson Memorial Cup.

The cup, which is played in memory of former Portadown kitman George Richardson who passed away in 2017, is currently held by the Ports who won the trophy back in 2019 by beating Dollingstown 2-0 thanks to goals from Aaron Duke and Callum Ferris.

George, or Geordie as he was commonly known, was an integral part of Portadown FC for 30 years as well as a dedicated club man both on and off the field.

A boyhood fan of the club, he was well-known and highly respected within the club and further afield for the role he played at Shamrock Park. His dedication to the role was marked with the erection of a plaque in the main dressing room some years back that reads: “Geordie’s Boot Room”.

Mondays game will kick off at 7:45pm and will coincide with the We Are Ports Community Fun Night which will include free admission to the game as well as activities such as bouncy castles, trampolines, assault course, face painting and much more – gates open at 5pm.

The game will also be streamed live via We Are Ports TV and be purchased by going to www.portstv.com