The Ports vs The Duns 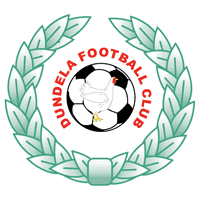 Portadown moved into second place in the Bluefin Sport Championship table ahead of opponents Dundela after a 2-0 victory at Shamrock Park on Saturday.

The Ports thought they’d took the lead through midfielder Conall McGrandless’ header on 28 minutes from a Tipton corner only for it to be ruled out by the referee for a foul in the build-up however the deadlock was to be broken on 37 minutes when George Tipton’s corner was met by Paddy McNally who grabbed his first goal for the Ports since his summer move from Larne.

It was Portadown who had the first chance of the second half when striker Lee Bonis turn and drive from just outside the box whistled past the Dundela left hand post. Dundela continued to pose a threat and went close through substitutes Tiarnan McNicholl who rifled a 25 yard drive on the half volley which Ports keeper Bobby Edwards managed to push around the post at full stretch and then rattled the Portadown crossbar from inside the penalty area through Christopher Watts.

Dundela continued to search for an equaliser to protect their unbeaten start to the season however it wasn’t to be as Portadown sealed the vital three points on 86 minutes when Aaron Duke released Lee Bonis down the right channel and he rounded the onrushing Dundela goalkeeper before slotting home from a tight angle.