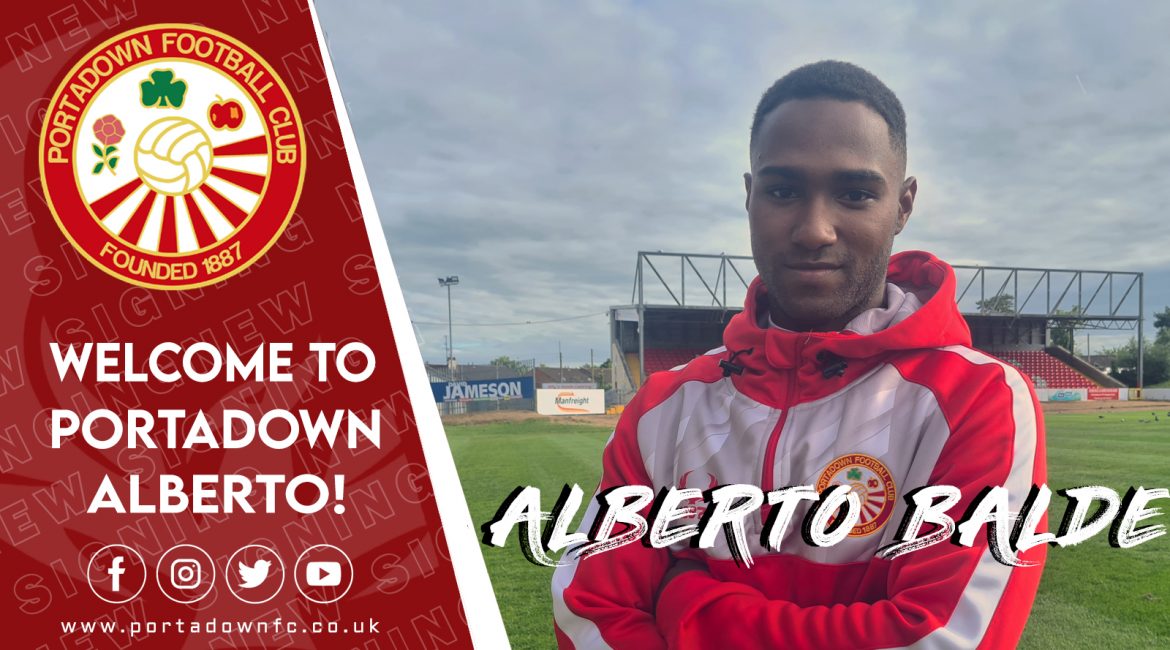 Alberto is of course no stranger to the club after being part of the youth system at Shamrock Park since the age of 12, going on to make his first team debut under Niall Currie at the age of 15 in November 2017 against Institute and a week later becoming the youngest player to score a senior league goal for Portadown at the age of 15 years & 236 days when he found the net against Knockbreda.

Alberto departed the Ports in April 2017 to join then Premier League side Middlesbrough where he featured for their under-18 and 23 squads, also having a loan spell at non league side Pickering Town, before being named as one of nine players being released at the end of their contracts this summer.

Born in Madrid, Spain, to a father from Guinea Bissau and a mother from the Dominican Republic, Alberto moved to Portadown with his mother when still a young boy and attracted global attention when he was the subject of a Google film which told his story and the success of his integration into Portadown Youth as someone who, although unable to speak English, was able to communicate with his coaches via the Google Translate app – the film attracted a worldwide online audience and was broadcast on Sky Sports during a Premier League match between Liverpool and Southampton and the Manchester derby in October 2015.

Balde would play for the Northern Ireland national team at under-15s and 16s level before declaring for the Dominican Republic and making his international debut earlier this month in a 3–2 CONCACAF Nations League loss to French Guiana, coming on as a substitute in the 67th minute. 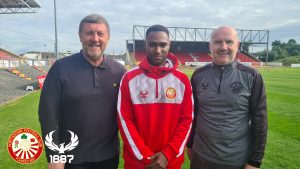